Mira Nair’s television adaptation of Vikram Seth’s “A Suitable Boy” would see Ishaan Khatter and Tabu in the lead roles. The series directed by Mira Nair and adapted by Andrew Davies would be produced by BBC.

The 1,349-page novel, published in 1993, is set in 1951, four years after Independence and a year before the first general election.

The six-part series has Taniya Manikatla in the lead role of Lata, who is a university student who is torn between three suitors; Khattar will be seen playing Lata’s brother Maan who is enamoured of the courtesan Saaeda Bai (Tabu). The shoot will be happening in different locations in India including Lucknow and Maheshwar.

The series will be “fired by Andrew Davies’ mastery of plot and character and the peerless talent of Mira Nair”, the press release added.

“Today, A Suitable Boy is timelier than ever,” Nair said in the press release. “With a mix of legendary and cutting-edge actors from the subcontinent, shooting entirely on location in palaces, villages and streets across northern India, we will keep the history and dream of an alternate India alive.”

Mira Nair was last seen directing Queen of Katwe in 2016. This would mark her debut in the Television industry. While Andre Davies is a miniseries veteran known for Les Misérables, War & Peace. among others.

A Suitable Boy is “a vast, panoramic tale charting the fortunes of four large families and exploring India and its rich and varied culture at a crucial point in its history”, said the press release. 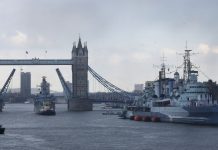 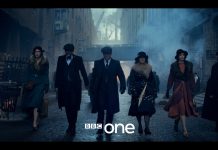 Sad that there cannot be a common language in India, says Rajinikanth