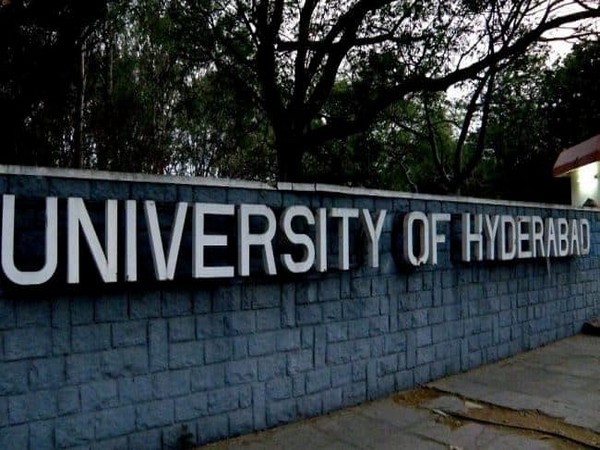 Condemning the arrest of six students on Tuesday over the screening of Anand Patwardhan’s award-winning documentary ‘Ram Ke Naam’, the students of Hyderabad Central University, held a Save Campus Democracy march in the varsity.

Addressing the gathering, Anupama S Krishnan, president of SFI-HCU unit said,” We have been witnessing the demise of democracy within the campus. We have seen how HCU as a campus have engaged in debates and discussions. This is the first time that police have been interfering continuously.”

Six students belonging to left-wing students organisations SFI and AISA were detained and the screening scheduled to be held at a lecture hall in Social Science Block was stalled by Telengana police who barged into the campus around 3 pm on Tuesday. A laptop of one of the students was also confiscated.

“Since the last two weeks, whenever we peacefully gather to protest or to express our dissent on an issue, the police have intervened and have asked us to disperse. And what did the students union do? This shameless and spineless student union stand here with no stand,” said Anupama.

The students also registered strong protest towards the ABVP led students union which did not intervene in the issue until yesterday. 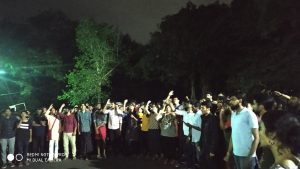 “Yesterday, when 6 of our students were detained, none of the union members were present at the police station. Is this how they condemn the act and stand with the student community? They are elected by the students of this campus and if its students are being taken to police custody, isn’t it the duty of the union to at least be present?,” Anupama asks.

Meanwhile, in a press note, the university clarified that its norm is ‘orderly’ dialogue and debate.

“The administration shamelessly put forward the police and then says that the police can intervene whenever they want. We all know, until and unless the registrar or VC permits, the police can’t enter the campus. So what is happening to our democratic spaces? We are not some criminals who are in some jail. We have the right for freedom of expression,” said the students

“There is no need for student organisations to mislead or use subterfuge to hold events to gain transitory political gains in a competitive environment,” says administration’s press note.

“Administration is trying to clamp down the culture of democracy and dissent within the campus,” said Suman, president of AISA under whose banner the programme was organised.

Addressing the students Naresh of Ambedkar association said, “We have velivadas. In Tamil, we call it a Cheri. Whenever we organise some programme there the police would intervene. We never experienced democracy in Velivadas. Now, they want to clamp down the democratic space within campuses. The democracy that BJP and Indian government is aiming for is limited to elections that happens once in five years. They just want people to come, vote and leave. We should unite in our struggle against this.”

10 Heritage sites will be opened for public till 9 PM