Amazon has inaugurated its world’s largest campus building in India. The building was inaugurated by Mohammed Mahmood Ali, MLC, Minister of Home, Prisons, Fire Services, the government of Telangana.

“The new campus in Hyderabad is its first owned office building outside the United States and the single largest building globally. It is spread over 9.5 acres of land and it is built to house more than 15,000 employees of its over 62,000 workforces in the country,” said Amazon.

According to the reports, “the campus contains 2.5 times more steel than the Eiffel Tower, measured by weight, and its total built-up area when spread out will span over 68 acres of land, which is equivalent to nearly 65 football fields.”

“Telangana is happy to host Amazon’s largest building campus in the world. Amazon has played a significant role in creating job opportunities in Hyderabad for more than a decade. This facility was built in a record time of just over 3 years, showing the ease of doing business with the Government of Telangana. It also showcases our investment-friendly policies and commitment to create a hub for the high-quality talent pool,” Telangana chief minister K Chandrashekar Rao said in a statement. 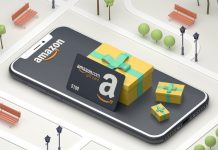