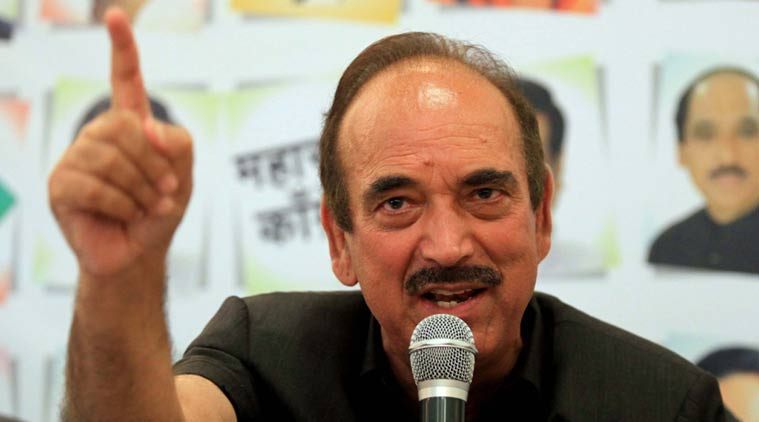 Congress leader Ghulam Nabi Azad said on Saturday that the central government was making contradictory statements about the situation of Jammu and Kashmir. Azad is part of the delegation of leaders from the opposition who will be attempting to visit Jammu and Kashmir, to review the ground reality.

“Government says the situation in Jammu and Kashmir is normal,” Azad was quoted as saying. “Then, they do not allow leaders to visit the state….haven’t seen such contradiction. Why are Omar Abdullah, Mehbooba Mufti, and Farooq Abdullah under house arrest? Why aren’t they allowing me to go to my home? If it’s normal, why aren’t we allowed?”

“We aren’t going in as the government’s opposition, we are going in government’s support so that we too give suggestions as to what must be done,” he added.

Ahead of their visit, the Information and Public Relations department has requested the leaders to not visit the state.

“Political leaders are requested to cooperate and not visit Srinagar as they would be putting other people to inconvenience,” the official Twitter handle of the department said.

“They would also be violating restrictions that are still there in many areas. Senior leaders should understand that top priority would be given to maintaining peace, order and preventing loss of human lives.”

Azad, who hails from Doda district in Jammu and Kashmir had attempted to visit the state twice but was stopped and sent back to Delhi.

‘Jammu and Kashmir’ has been under the ‘siege’ of India since August 5. The situation in the state is still ambiguous with contradictions in the narratives of central government and ground reports that are coming out. Most of its political leaders have either been detained or arrested and thousands of security forces have been deployed.