The Reserve Bank of India on Monday approved the recommendation of a panel led by Bimal Jalan, a former governor of RBI and decided to transfer Rs 1,76,051 crore dividend and surplus reserves to the central government.

In a meeting held on Monday, RBI’s central board accepted to transfer Rs 1,23,414 crore of surplus for the year 2018-’19 and Rs 52,637 crore of excess provisions identified by a revised economic capital framework.

The pane headed by Bimal Jalan was set up by the Reserve Bank of India on December 2018 to examine the economic capital framework to decide on matters related to the RBI’s surplus reserves.

The panel which was asked to submit a report within 90 days from the date of the first meeting, finalised its report on August 14.

Last year there had been several disagreements between RBI and the central government on the issue of the economic capital framework. Former RBI chief Urjit Patel had resigned amid reports of rifts.

“There are a variety of growth projections from the private sector analysts, many of which are perhaps significantly below government projections and I think certainly the slowdown in the economy is very worrisome,” responded former RBI governor Raghuram Rajan to CNBC TV18.

India’s economic growth has reduced to 6.8 per cent in 2018-19 – the slowest pace since 2014-15, and various projections by private experts and the central bank estimate that the GDP growth in the current fiscal year would be less than the government estimate of 7 per cent.

Amidst the slowdown, Finance Minister Nirmala Sitharaman shamelessly reiterated that the global economy is weak but India is still the fastest-growing economy and is doing better than US, China and other developed economies.

The narrative was repeated by the Chief Economic Advisor K V Subramanian.

“It’s important to focus on economic growth and structural reforms. We’re still the fastest growing economy in the world, we’ll continue to be in that position. The govt continues to focus on investment,” he said. 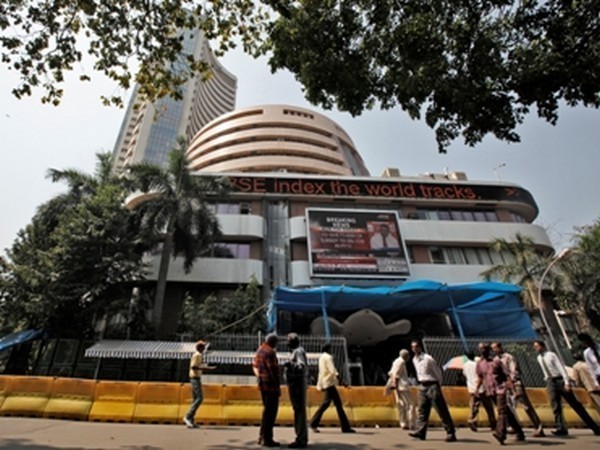 Britannia Industries and Tata Motors were among top gainer in the Nifty 50 basket of shares. Both the stocks rose over 5 per cent.

Congress leader Rahul Gandhi said that Finance minister is clueless about how to solve their self created economic disaster.

“PM and FM are clueless about how to solve their self created economic disaster. Stealing from RBI won’t work – it’s like stealing a Band-Aid from the dispensary and sticking it on a gunshot wound,” Gandhi tweeted.

PM & FM are clueless about how to solve their self created economic disaster.

Stealing from RBI won’t work – it’s like stealing a Band-Aid from the dispensary & sticking it on a gunshot wound. #RBILooted https://t.co/P7vEzWvTY3

“Is it a sheer coincidence that the Rs 1.76L Cr borrowed by RBI matches with the ‘Missing’ amount in the Budget calculations? Is this fiscal prudence or fiscal hara-kiri? Will this Rs 1.76 L Cr be used to save BJP’s crony friends?” Congress spokesperson Randeep Surjewala asked.