Four days ago, a law student who had accused former BJP MP of sexual harassment went missing. She had put up a video requesting the help of PM Modi and CM Adityanath in which she claims that there is a threat to her life.

The video: He has been threatening me with life

The woman, who is pursuing LLM from Swami Shukdevanand Law College, had posted a video on Friday in which she alleged that a big leader from the Sant society had been threatening her life and that of her family for she holds evidence of alleged sexual harassment against him.

Chinmayanand is the director of the law college in which she was studying.

“I’m (name not revealed) from Shahjahanpur and I am pursuing LLM from SS College. A big leader of the saint society, who has destroyed the lives of several girls, has been threatening me with life. I have all the evidence against him,” she says in the video.

In the short video clip, she is also seen asking the help of  Prime Minister Narendra Modi and Uttar Pradesh chief minister Adityanath.

“I request Modi Ji and Yogi Ji to please help me. He has even threatened to kill my family. Only I know what I have been going through. Modi Ji, please help me, he is a sanyasi and is threatening that the police, DM and everyone else is on his side and no one can harm him. I request you all for justice,” she said through facebook live.

The woman also claims that he had destroyed the lives of many other women.

“When any girl tries to take any action against him, he blatantly threatens them with murder, claiming he has links with all forces of law,” she had said in the video.

As the video which was posted online on August 24 went viral and the accused was identified to be the three-time Lok Sabha MP Chinmayanand, the police were forced to book charges against him on Tuesday. However, the MP is not yet arrested and the woman remains missing.

The woman’s father accused that  72-year-old  Chinmayanand and some others sexually abused her and other girls.

“My daughter never told me anything personally. She looked worried when she was home on Raksha Bandhan. She has been missing for four days. I have given a written complaint against college director Swami Chinmayanand, but no action has been taken yet,” he said.

Responding to CNN-News18 her mother said, “The last time she came home was on Raksha Bandhan. I asked her why her phone remained switched off so frequently. She said, ‘if my phone goes off for a longer duration then understand that I am in trouble. My phone will go off only when it is not in my hands’. My girl was going through a lot of pain and trouble but didn’t divulge much. She told me she was being sent to Nainital by her college administration.”

S Channappa, the SP of Shahjahanpur said that they have booked a case under Sections 364 (kidnapping or abducting in order to murder) and 506 (criminal intimidation) of the IPC based on the complaint of her father.

They also informed that the woman has not been using her mobile phone for the past 4 days making it difficult for them to trace her. 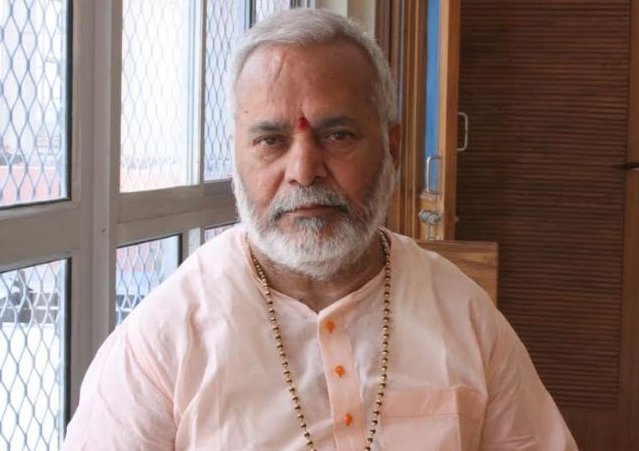 Chinmayanand referred to as Swami Chinmayanand by his followers, is a former union minister of the state. He served as the minister of state for internal affairs in Third Vajpayee Ministry. He is a close friend of CM Adityanath.

Chinmayanand was also elected thrice to Lok Sabha- from Badaun in 1991 and from Machhlishahr in 1998, from Jaunpur in 1999.

This is not the first instance that Chinmayananda is accused of sexual misconduct.

Back in 2011, a woman who had spent several years in his Ashram had filed a complaint against the ‘Sant’ of abduction and rape. The woman had written letters to the then President, the Prime Minister, the Chief Justice of India and the district judge demanding that an arrest warrant be issued against the Swami immediately.

However, the ‘Sant’ managed to get a stay order from the court and the Shahjehanpur district administration moved an application to withdraw the seven-year-old case on March 9, 2018. The government gave no explanation whatsoever.

In the video posted by the LLM student, she has alleged that the Sanyasi has destroyed the lives of many women.

Counter Complaint and the Response of the Lawyer:

Chinmayananda has not been arrested yet, despite strong claims. The charge was refuted by his lawyer who claimed it was a “conspiracy” to blackmail him. The girl and her family were also accused of extortion by his lawyer and in addition, he challenged her to release the evidence if she has.

The supporters of the rape-accused Swami has lodged a counter-complaint stating that an anonymous call was made to Chinmayanand demanding Rs 5 crore. He apparently was also threatened that if the money was not paid, videos would be put out on social media.

Meanwhile, a group of Supreme Court lawyers have approached the Chief Justice of India to take Suo moto cognizance of media reports on the case. They say in the petition that they did not want another Unnao to repeat.

Priyanka Gandhi reacted to the same on Twitter, “Not a single day goes by when the BJP govt can assure the women of their safety, and that if any incident happens you will get justice”

“Did the woman who raised her voice against him disappear or was she forcibly made to disappear? No one knows what is going on with her. Till when will this go on? This seems like a repeat of the Unnao case in Uttar Pradesh. If a woman complains against a BJP minister, she is not even guaranteed her own safety, much less given justice,” she added.

She also referred to how the Adityanath government silently dropped earlier rape charges against Chinmayananda.

“The women of UP are watching,” she warned. 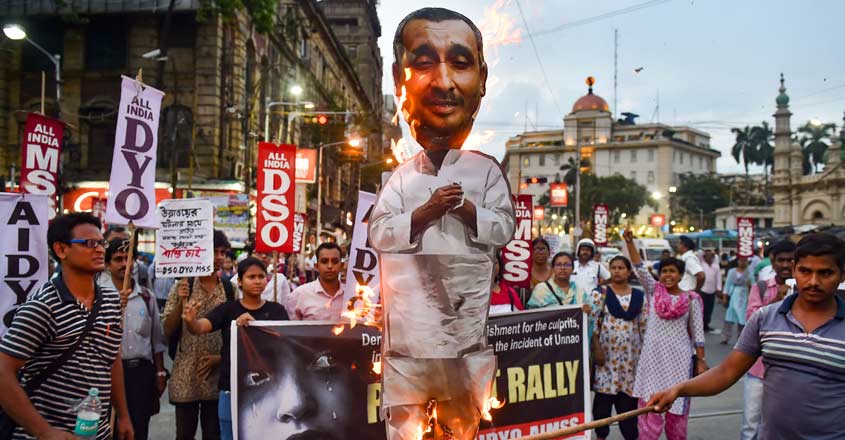 Referring to the FIR filed against him for the alleged abduction of a law student in SS College in Uttar Pradesh’s Shahjahanpur, the BJP leader responded to a news channel: “This is a conspiracy against me and the girl in question is a part of it. There are four other boys who had earlier tried to blackmail me and extort money.”

“Earlier Kuldeep Singh Sengar was implicated in a similar case and now I am being targeted,” he said.

Kuldeep Singh Sengar was the BJP MLA from Unnao implicated in a case of rape, murder, attempt to murder, criminal conspiracy and criminal intimidation. He is accused of killing 3 people, including the victim’s father and later her aunts by a conspired truck accident. He is the main accused in the Unnao rape case and was booked under the POCSO Act

Data from a study conducted by NFHS (National Family Health Survey) suggests that UP ranks first in the incidence of reported crimes against women. These include all cases filed under sections of the Indian Penal Code (IPC) and Special Local Laws (SLL).

Up Chief Minister Adityanath himself is known for his statements that instigate violence against women.

Many of the BJP legislators themselves are involved in these cases and the government under Adityanath have been infamous for the protection it lends to the criminal legislators.