Janhvi Kapoor will be acting in ‘Gunjan Saxena’ – The Kargil Girl, a film based on the real-life of India’s first Air Force woman officer who went to the Kargil war, the makers announced Thursday.

Then a Flying Officer, Gunjan Saxena was the first woman combat aviator to fly into a war zone 20 years ago during Kargil War.

The Movie is presented by Zee Studios and Dharma Productions, the film is slated to be released on March 13, 2020.

He shared three posters of the film and tweeted, “With unabashed courage and bravery, she made her domain in a man’s world.”

The film is directed by Sharan Sharma. He also wrote the script of the movie along with Nikhil Mehrotra. Hussain Dalal has been credited with additional dialogue writing. 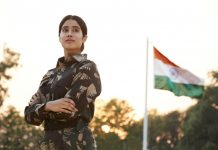 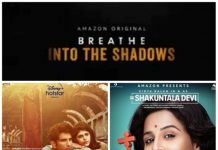 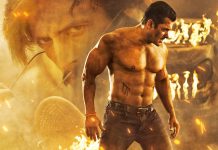