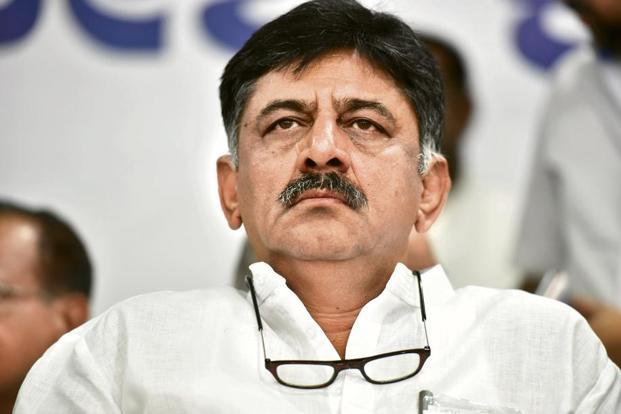 Former Karnataka minister and senior Congress leader D.K. Shivakumar on Monday appeared before the Enforcement Directorate (ED) for questioning for the third time in an alleged money laundering case.

The ED had questioned the Congress leader for over 13 hours on Friday and Saturday in connection with a case in which he is accused of being involved in ‘hawala’ transactions in violation of the Prevention of Money Laundering Act (PMLA), 2002.

The agency questioned Shivakumar about his properties, bags full of cash that he sent through his aides to Chandni Chowk, his relations with a travel company proprietor, and his investments in several other domains.

According to ED officials, Shivakumar had been called for questioning at 11 a.m. on Monday, but he arrived at the agency headquarters at noon.

Though Shivakumar ignored two earlier ED summons issued in January and February this year, he was forced to appear before the ED last week after the Karnataka High Court on Friday rejected his petition for interim protection from arrest by the financial probe agency.

Shivakumar has been on the radar of the Income Tax Department and the ED since demonetisation in 2016. An Income Tax search at his New Delhi flat on August 2, 2017, led to the seizure of unaccounted cash worth Rs 8.59 crore.

Thereafter, the Income Tax Department lodged cases against the Congress leader and his four other associates under Sections 277 and 278 of the Income Tax Act, 1961 and Sections 120(B), 193 and 199 of the Indian Penal Code (IPC).

Based on the I-T Department charge sheet, the ED registered a money laundering case against Shivakumar.

Shivakumar has accused Karnataka Chief Minister B.S. Yediyurappa of indulging in vindictive politics by targeting him and other state Opposition leaders.

Congress has no Right to Question Constitution, Says Ananth Kumar