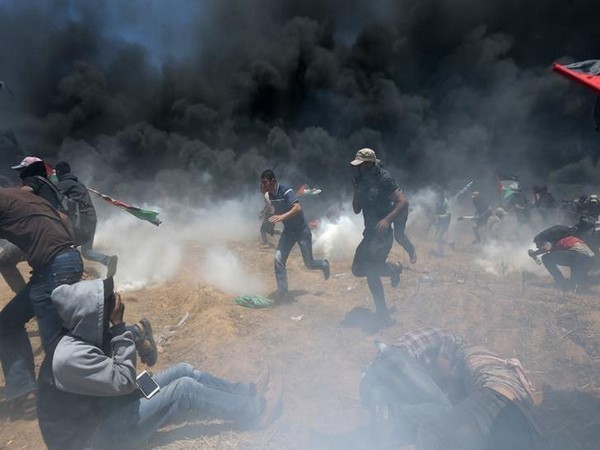 The United Nations Relief and Works Agency for Palestine refugees kicked off the school year for more than half a million Palestinian students across five regions.

In a symbolic event held at the Amman’s Nuzha Girls School on Sunday the UNRWA welcomed 120,000 students who will start the academic year in 169 schools across the kingdom, one of the countries that host the largest number of Palestinian refugees, Efe news reported.

UNRWA is “determination to go ahead with the education process” for Palestinian generations despite the financial hardships facing the UN establishment, the agency’s Commissioner-General Pierre Krahenbuhl said.

“We are proud that we have been able to keep the schools operating and to safeguard the right to education of Palestinian refugees despite the political and financial challenges,” Krahenbuhl told a press conference.

Krahenbuhl said it was “extremely important” for the agency to be able to prepare schools for more than half a million Palestinian students in the five regions of operation -Jordan, Gaza, the West Bank including East Jerusalem, Syria and Lebanon.

The UNRWA chief pointed out that the agency had managed to overcome “the major challenge” it faced after the United States President Donald Trump’s decision to slash all $360 million Washington used to contribute to UNRWA’s budget in the past couple of years.

He thanked all 43 states, particularly European, Gulf and Southeast Asian states, which he said had raised their donations to the agency to help it bridge the gap in its deficit.

However, he appealed to donor countries to help plug the current deficit amounting to $120 million in the agency’s budget for 2019.

He said that his agency “has no intention to reduce services” extended to Palestinian refugees.

“On the contrary, we are an organization that advocates the rights of Palestine refugees and we will resist any attempts to undermine those rights,” he added.

One of the main reasons behind the US decision to withdraw funds to the UNRWA was that the agency does not consider as refugees only the Palestinians who had to flee their territory in 1948 after the establishment of Israel and the later exodus waves, but also those who were born in the hosting countries.