“The Handmaid’s Tale” star Elizabeth Moss says things have improved immensely for female actors in the film industry but when it comes to the technical space, women representation is still quite low, reported PTI.

“I do think (interesting female roles) are being written. The industry has realised that women go to see things, and we are getting more and more opportunities to put women at the forefront. We are a huge audience and we want to see ourselves represented,” she said.

She thinks equality is still a long goal.

“I was reading some numbers on the percentage of women who are behind the camera and it’s still really low. It’s not equal yet, but it’s a hundred times better,” she added.

Moss, who also serves as an executive producer on “The Handmaid’s Tale”, said it is always her endeavour to have female directors on board the show, reported PTI.

“We try to hire mostly female directors. There are so many out there that are talented and we don’t have space for them all. It’s the same with cinematographers. They are out there. I think there’s an awakening and a realisation of the inequality and a necessity rising in people to fix that, which is good,” the actor said. 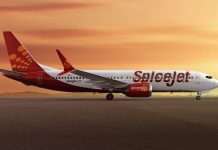 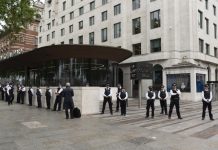 Pakistan will send its first astronaut to space in 2022, says Fawad Chaudhari