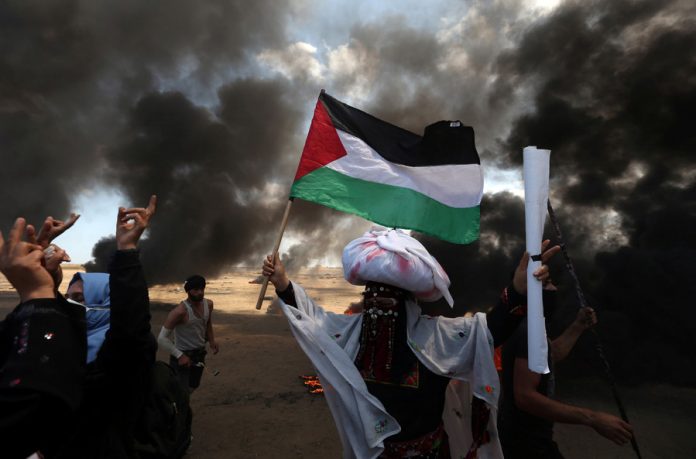 The Palestinian Foreign Ministry on Monday said continued Israeli settlement activities in the West Bank and East Jerusalem reveal that US peace efforts are “fake”.

The Ministry’s remarks came against the backdrop of a new Israeli decision to confiscate around 85 acres of land in East Jerusalem town of Shufat to expand roads in a settlement named Ramat Shlomo.

The Ministry condemned the US administration’s support to the settlements and accused Israel of attempting to evict Palestinians from the city of Jerusalem, according to Xinhua news agency.

The Palestinian Authority’s Ministry of Wakf and Islamic Affairs also slammed Israel’s demolition of a 200-square-metre mosque under construction in the south of Hebron earlier on Monday.

The Ministry said in a statement that “the demolition of a mosque under Constitution is an assault on Islamic sites and on religious rights, which is considered a crime punishable under international law”, warning that such assault was accompanied by settler assaults on religious sites in both Hebron and East Jerusalem.