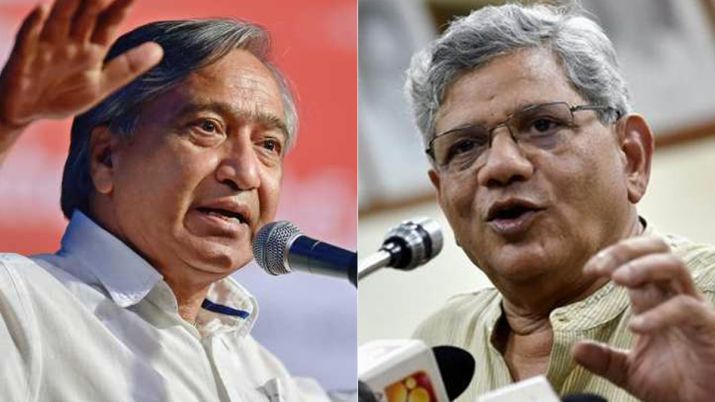 The Supreme Court on Thursday ordered the shifting of ailing CPI-M leader Mohammed Yousuf Tarigami, who is under detention in Jammu and Kashmir, to the All India Institute of Medical Sciences (AIIMS) here, saying that his health is top priority.

Yechury’s counsel and senior advocate Raju Ramachandran told the court that during his recent visit to Srinagar, Yechury had found that Tarigami’s movements have been restricted and his security vehicles have been withdrawn.

Ramachandran stressed to pursue the habeas corpus petition filed in this regard.

Yechury on Monday filed an affidavit in the Supreme Court after his visit to the Valley to meet his detained party colleague Tarigami.

On August 28, the top court had allowed Yechury to meet Tarigami. It had, however, restrained him from getting involved in any other activity.

The order came on Yechury’s habeas corpus petition challenging the detention of Tarigami ahead of the abrogation of Article 370 on August 5. The plea also stated that Tarigami was not in good health and that Yechury wanted to meet him.

Yechury, in his affidavit, told the top court that Tarigami and his family members are not allowed to move out of their house nor any person from outside allowed to enter their house for the last 25 days.

He and his family members were under de-facto house arrest, Yechury said in the affidavit.

The leader also told the court that Tarigami is suffering from various medical ailments but was not allowed to visit the hospital. Upon repeated requests, one cardiologist and endocrinologist were allowed to make a home visit and later on August 24, he was allowed to go a hospital.

Yechury, in his affidavit, requested the court to bring and admit Tarigami in AIIMS here.

After taking note of the affidavit, the top court said: “It seems he needs medical assistance and we are inclined to move him to AIIMS.”

He told the court that there is no means of communication as the landline and mobile networks are not working and it is difficult to seek any emergency help.

He also told the court that Tarigami’s family is suffering from shortage of money as they are not allowed to move outside.