Thus, the Delhi paddler assured himself a silver medal at least and also a place in the Asian squad that will compete in the World Cadet Challenge, to be held at Wladyslawowo (Poland) this October.

This will be second medal for the Indians at the championships after the Junior Boys had clinched a silver medal. Jain will take on top-seed and world No. 1 Yuanyu Chen in the final tomorrow.

The semi-final win was built on Jain’s soaring confidence, particularly in the first two games. Nevertheless, the strong Korean, who had accounted for No. 2 seed Japanese, Sora Matsushima, in the round of 16 earlier in the day, put up a good fight to level the score, taking the next two games.

But Jain regrouped himself in the crucial fifth and attacking well, went 3-2 up and from there he never let the guard down as he continued in his fast-paced game to subdue the Korean and wrap up the last one rather easily. An error-prone and shaky Korean was forced into playing a rank bad seventh game allowing the top-ranked Indian in the world at No. 13 romp home winners.

Earlier in the pre-quarters, Jain had accounted for another South Korean and world No. 27 Gil Minseok (3-2) after losing the first two games.

In Cadet Girls singles, Yashaswini Ghorpade entered the quarterfinals after beating Shiu Lam Che Chan from Hong Kong 12-10, 11-8, 11-13, 9-11, 16-14 in what was a tough outing for both. The Indian emerged victorious in the decider on her fourth match-point.

However, Anargaya Manjunath lost her pre-quarterfinals to Thailand’s Wanwis Aueawiriyayothin, after taking the first game comfortably. The Thai won 8-11, 11-6, 1-6, 11-7. 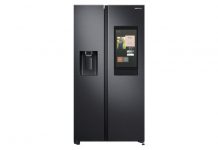 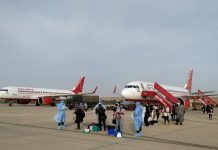