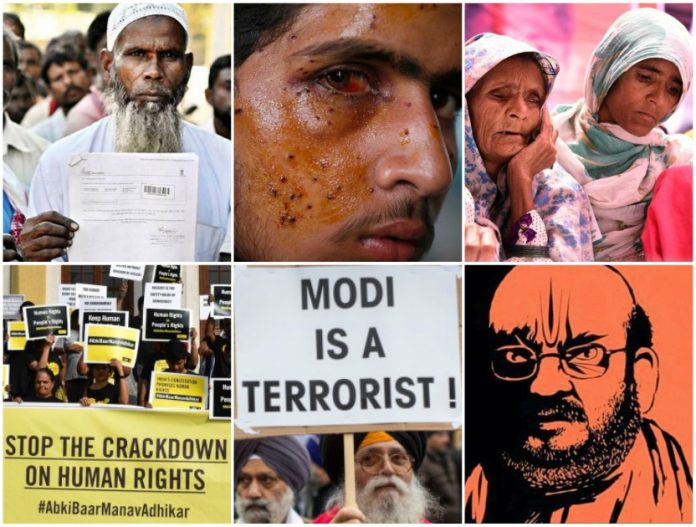 “Tyranny, chaos and anarchy” is how Congress described the first 100 days of Modi government.  Lashing out at the BJP government, Congress said, ” “The BJP treats Parliament like a notice board; bills are not debated or discussed but presented just to complete a formality.”

Congratulations to the Modi Govt on #100DaysNoVikas, the continued subversion of democracy, a firmer stranglehold on a submissive media to drown out criticism and a glaring lack of leadership, direction & plans where it’s needed the most – to turnaround our ravaged economy.

Here are a few things that happened during the first 100 days of Modi 2.0 and are worth revisiting.

19,06,657 people ceased to be the citizens of India overnight

The government reassured that the those left out from the final list will be allowed to prove their citizenship first in quasi-judicial courts – known as Foreign Tribunals (FT) – whose work was described as “shoddy and lackadaisical” by Amnesty International.

"There is a thin line between nationalism and xenophobia —besides, hatred of the foreigner could later turn into a hatred of Indians different from oneself." — Rabindranath Tagore. The prescience of a great man! #NRC

Quoting Tagore, Congress MP Shashi Tharoor tweeted: “There is a thin line between nationalism and xenophobia —besides, hatred of the foreigner could later turn into a hatred of Indians different from oneself.”

Jammu and Kashmir have been cut off from the rest of India for nearly a month to prevent a backlash since the government abrogated article 370 and bifurcated it into two union territories. The 2.0 cabinet also has deployed the army to take control of the situation.

Three of its most prominent political leaders, who were also the former Chief Ministers of the state remain under house arrest, arrest or detention. There are also severe restrictions imposed on media, hence all that is coming out from the state are only official narratives except for some coverage done by international media.

A magistrate who spoke to the International wire agency AFP on condition of anonymity said at least 4,000 people were arrested and held under the Public Safety Act (PSA), which allows authorities to imprison someone for up to two years without charge or trial.

A report prepared by Geetha Seshu and Laxmi Murthy says: “We heard from people that police were entering villages at night and picking up young boys, from 12 years of age onwards. They are reportedly being kept in custody for short periods, beaten and tortured and then released. The police demand that they and/or their families come back to the station the next day, or slapping them with PSA cases and removing them out of the state to jails in Agra, Bareilly, Jodhpur, Rohtak, and Jhajjar. Lists are published in the office of the District Commissioner, with information about where the detainees have been sent. Police stations and the DC offices are crowded in the evenings with mothers trying to locate their sons.”

RTI about to become a ‘Regret To Inform’ you Act

Amid strong objection from the opposition, the NDA 2.0 government passed the controversial RTI amendment bill. While 178 members agreed with the bill, 79 voted against it.

This effectively means that the ruling government can threaten or lure the RTI chief by promising aa salary increase or decrease, or arbitrary removal or extension.

The NDA cabinet which had run their campaign entirely on ‘Vikaas’ could not help much about the GDP decline and economic slow down that the country is witnessing. The economy is at its slowest pace in over six years in the June quarter following a sharp deceleration in consumer demand and tepid investment.

Gross domestic product (GDP) grew 5% in the first quarter of FY20, shows the data released by the government. This marks the slowest growth since the fourth quarter of FY13. GDP growth was 8% in the year-earlier quarter and 5.8% in the preceding one. 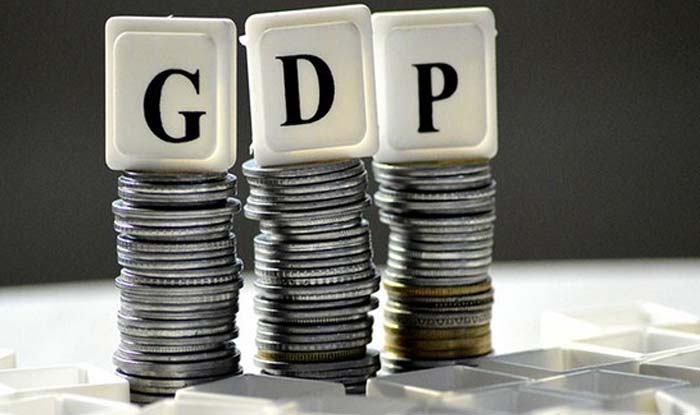 “India has the potential to grow at a much faster rate, but the all-round mismanagement by the Modi government has resulted in this slowdown,” said Manmohan Singh.

“More than 3.5 lakh jobs had been lost in the automobile sector alone and he claimed similar large-scale job losses in the informal sector,” added the Congress leader.

In India, Individuals can now be designated terrorists

The UAPA amendment bill passed in the second tenure empowers the government to name people as terrorists. The current bill has redefined the term terrorist.

AIMIM chief Asaduddin Owaisi in response asked if “UAPA is reserved for one community.”

The government is also seen to be attacking NGO’s which have been pro-active in criticising its agendas and programmes in the last 5 years. The ED has issued a show-cause notice to Amnesty International, a human rights watchdog, for alleged violation of the foreign exchange law to the tune of over ?51 crore.
While CBI raided the houses of senior lawyers Indira Jaisingh and her husband Anand Grover. The CBI had accused both of them of violating a law on foreign funding. The issue is related to their NGO Lawyers Collective. The office of Lawyers Collective in Delhi and Mumbai was also raided.

“The Indian authorities are targeting the Lawyers Collective because of their work defending human rights activists and advocating for the rights of marginalized groups,” said Aakar Patel, head of Amnesty International India.

“The Indian government talks about inclusive development and commitment to basic rights and yet is targeting lawyers and activists who seek to protect the rights of the most vulnerable,” said Meenakshi Ganguly, South Asia director at Human Rights Watch.

“Democratic governments should not fear criticism, and should certainly not target activists for their ideology or commitment to upholding civil liberties,” she added.

The government was also criticised for several other bills like the National Education Policy, Triple Talaq amendment, removal of the special status of J&K, the NIA amendment act to name a few.

Despite these facts Union home minister and BJP leader Amit Shah reiterated without shame, “Modi government is synonymous with national security, development and welfare of the poor.”