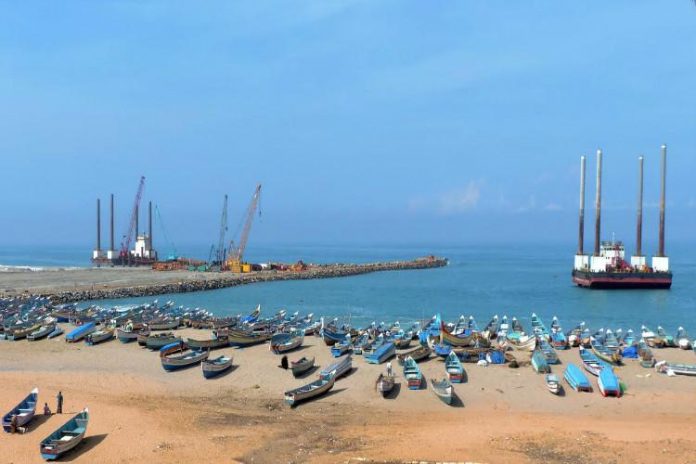 With the deadline for completion of the Vizhinjam Port project fast approaching in December, Adani Vizhinjam Port Pvt Ltd (AVPPL) has sought support from the Kerala government as the work at the port site is moving at a slow pace.

AVPPL owner Gautam Adani at the time of the commencement of the project on December 5, 2015, had said that the first ship will berth there on September 1, 2018, in a record time of fewer than 1,000 days. But this deadline was missed. And with things moving at a snail’s pace, meeting the deadline of December 4, 2019, also seems to be difficult.

As per the agreement, AVPPL is duty-bound to pay a specific sum for each day of the delay.

Sources have said that three letters written by AVPPL to the state government were ignored. After the fourth letter, the Kerala government has decided to set up a committee to look into the matter.

The AVPPL has told the Kerala government that it will commission the project in October 2020, but for that, it wants help in a big way, as there is a serious shortage of limestone required for building the breakwaters.

While the total length of the breakwater is 3.1 km, all that has been constructed till now is a mere 640 metres. Even though there are 19 quarries, but the required sanctions for operations have come only for three. The work at the port has also been hampered due to certain local issues and adding to the delay are the floods of 2018 and 2019.

Former State Ports Minister K.Babu said that for some strange reason, the present Left government is not helping AVPPL.

“When I was at the helm of affairs, we used to hold regular review meetings and anything which the state government needed to do was taken up. As I was the Minister to ink the project, I took it up as my responsibility and till we were in office, things were smooth. But now this government has completed more than three years, things are not going as it should have happened in a major infrastructure project like this,” said Babu.

According to the envisaged plan, this would be one of India’s deepest ports and 80 per cent of the country’s cargo trans-shipments will take place from here.

The international multi-purpose deepwater seaport project estimated to cost Rs 7,525 crore was planned by the Oommen Chandy government in 2015 which signed an agreement with AVPPL.

The AVPPL, which was the lone bidder for the project, had sought a Rs 1,635 crore grant for it.

The project also requires 360 acres of land, of which 130 acres have been reclaimed from the sea. Also part of it is a 10.9 km long railway line.

According to the agreement, Adani will operate the port for 40 years, extendable by 20 more years, while the state government will get a portion of the revenue from the port after 15 years. 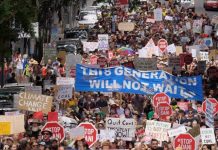 Adani gets approval for Australian coal mine