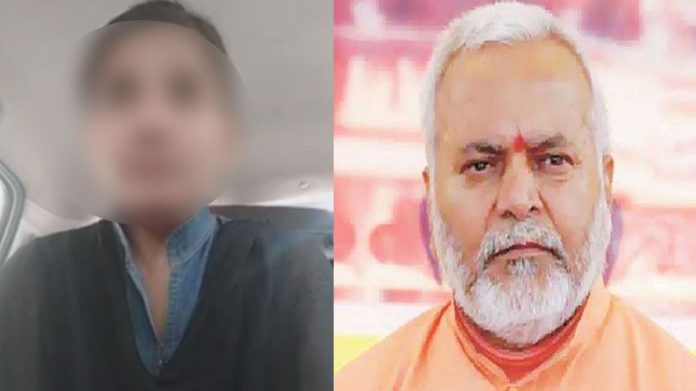 The special investigation team (SIT) probe into the alleged sexual assault case involving senior Bharatiya Janata Party (BJP) leader and former Union Minister Swami Chinmayanand is hinting at a conspiracy to blackmail and extort money. But it’s not clear who was trying to blackmail whom.

Also, it looks, the ‘victim’ was to be eliminated after extorting money from Chinmayanand. But the FIR lodged by the former minister played spoilsport for the conspirators.

A senior UP police officer, requesting anonymity, said, “It’s possible that at some point both parties might be exposed as the victim and accused. In that situation, the biggest problem will be for the SIT, which could be helped by the Allahabad High Court’s Division Bench.”

The BJP leader in an FIR on August 25 alleged that some people wanted to extort Rs 5 crore from him on the basis of an objectionable video and some photographs.

Interestingly, before Chinmayanand’s complaint, there was nothing. After that, the victim’s father lodged an FIR on August 27 alleging that his daughter was missing and he feared threat to his life from the BJP leader.

The girl mysteriously went missing before suddenly appearing in a Facebook video. It was a major turn in the case. It clarified that the victim was neither in the clutches of Chinmayanand nor had he kidnapped or eliminated her as alleged.

Amid countless concocted theories, the victim’s presence at Dausa in Rajasthan with her so-called brother Sanjay delivered a shock to the UP Police and others. Aparna Gautam, the Superintendent of Police (Rural), Shahjahanpur, found the girl. However, before that everyone was frowning at Chinmayanand.

Now the question is why did the girl disappear with her purported brother soon after the lodging of an FIR by Chinmayanand?

According to police sources, even after the SIT probe, it’s a mystery as to who was wrestling whom in this blackmailing and extortion ’bout’. But the connecting of dots points to a scenario of the girl being used as a ‘pawn’.

But why eliminate the ‘victim’? A police officer said the conspirators feared that after the loss of a few crores, an addled Chinmayanand could bust the whole game-plan or even after collecting the money, the girl could create a problem for the BJP leader.

So for them, elimination of the girl was an easy way out.

Cruise ship docks in Cambodia after entry denied to other nations

Cinemas should be allowed to reopen in August, I&B Ministry recommends