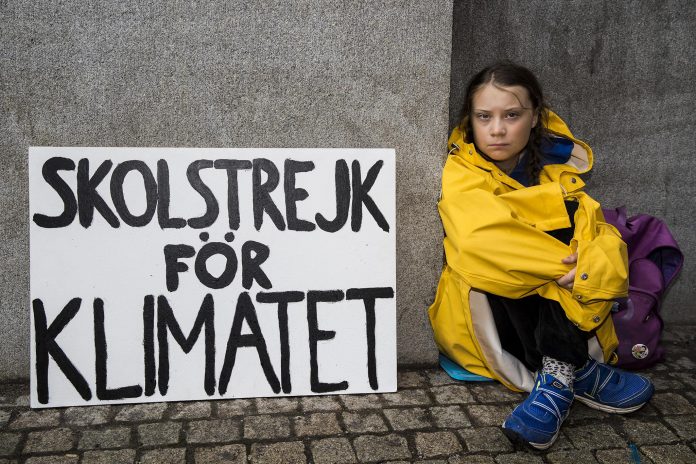 Greta Thunberg, the 16-year-old Swedish climate activist, addressed a gathering here outside the White House and said that the movement will not relent in its demands for action.

“I just want to say I’m so incredibly grateful for every single one of you, I’m so proud of you, who have come here, and I – it’s a lot of people. This is overwhelming,” she told the gathering of some 200 young people on Friday.

“Just never give up, we will continue and see you next week,” Thunberg said, referring to the Global Climate Strike planned for September 20, Efe news reported.

In August 2018, Thunberg, then 15, began skipping school on Fridays to demonstrate outside Sweden’s Parliament. Her example has been emulated by thousands of students worldwide, giving rise to the Fridays for Future movement.

The Washington chapter of the movement protest weekly near the White House, but Thunberg’s presence made Friday’s mobilization a media event.

Among those who spoke on Friday was Jonah Gottlieb, 17, the executive director of the National Children’s Campaign, who said that the aim of the protests was to “send a message” to the people in power.

“They know that we’re coming after them,” he said. “This is our planet and we are here to stay.”

The crowd also heard from Nadia Nazar, the 16-year-old founder of the group Zero Hour.

Ella Jacobs, also 16, told Efe that US President Donald Trump needs to “listen to the science” regarding climate.

Trump, who has described climate change as a “hoax” perpetrated by China to hamper the US economy, withdrew the US from the 2015 Paris Agreement, which set targets for the reduction of emissions of greenhouse gases.

Thunberg travelled to the US to address the September 23 UN Climate Action Summit.

She refuses to fly because of the emissions associated with air travel and when the UN invited her to the summit, she faced the challenge of getting to New York without flying.

In July, the owners of the racing yacht Malizia II, which is skippered by Pierre Casiraghi – son of Monaco’s Princess Caroline – and German distance sailor Boris Herrmann, offered Thunberg a ride to New York.

The carbon-free vessel, which relies on solar panels and hydro-turbines for auxiliary power and is equipped with sensors that collect data on ocean acidity, sailed from Plymouth, in southern England, on Aug. 14, and reached New York two weeks later.