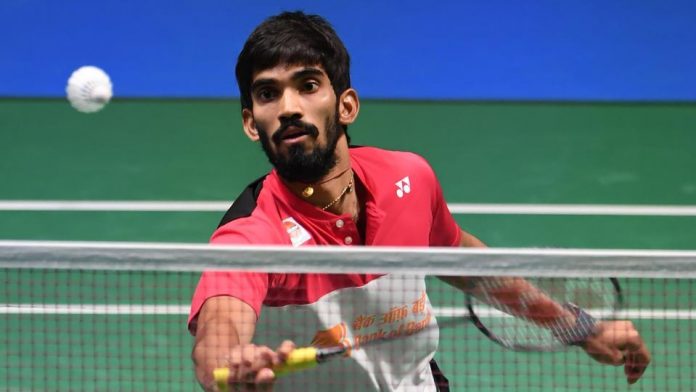 Ace shuttler Kidambi Srikanth said on Friday that he will be pulling out of the upcoming China Open and Korea Open.

Srikanth said in a tweet that he is suffering from a knee injury which has forced him out of action.

“Tough times. Will not be playing in the upcoming #ChinaOpen and #KoreaOpen due to knee injury. Hope to recover quickly and get back in action soon,” he tweeted.

Srikanth was set to face compatriot and World Championships bronze medallist Sai Praneeth in the first round of the China Open Super 1000 tournament to be held between September 17 and 22 in Changzhou, China.

Srikanth had previously played in the BWF World Championships where he had lost to Thailand’s Kantaphon Wangcharoen in the Round of 16.

Srikanth shot to the limelight in 2017 when he won four Superseries out of five finals and rose to world no. 1 by virtue of those successes. However, he has struggled to replicate that form since then and in an interview to the website of the Badminton World Federation, he blamed injury troubles for his dip in form.

“In the last eight to 10 months, I haven’t been able to train for a long period. I was getting injured and then coming back and training for a week or two and then playing a tournament, and then I’m pushing too much at the tournaments and injuring myself again.

“I want to go back and train for a longer period, and I think if I can do that for the next 12 months, I will be in good shape for the Olympics,” Srikkanth said.