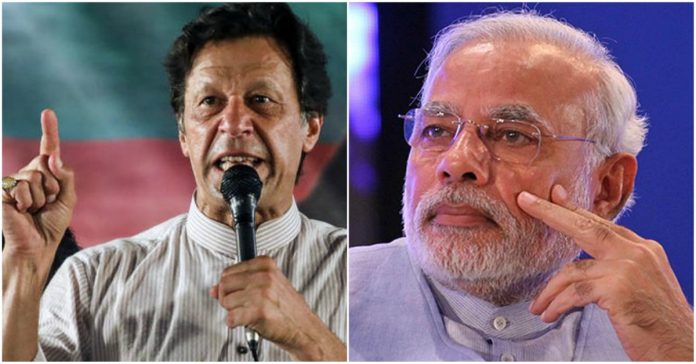 Here is the full speech:

“My dear Kashmiris, Thank you for this grand welcome.

I have decided to travel the world as Kashmir’s ambassador. The reason for me becoming an ambassador of Kashmiri people is that I am a Pakistani, a Muslim and a human.

The issue in Kashmir at present is one of humanitarian nature.

For the past 40 days, our Kashmiri brothers, sisters, children are under curfew. And on this day, I would like to tell Modi that only a coward man can commit such cruelty against human beings; for the past 40 days, 900,000 Indian soldiers are committing atrocities against the people of occupied Kashmir. I would like to tell Mr Modi that a person who has the least bit of humanity can’t do this.

A brave man can never do this.

Mr Modi, no matter how much injustice you commit, you will never succeed. You won’t succeed because the people of Kashmir, be it, women, children, elderly and youngsters, are not scared of death anymore. They lost their home.

We all should know that Modi has been a member of the RSS since his childhood. RSS is a Hindu extremist group and they hate Muslims, Christians and all minorities. They believe Hindustan is for Hindus.

They believe in Hindu supremacy and they hate Muslims because they ruled over India for [hundreds of] years.

I would like to tell Narendra Modi and Hindustan, that I would expose RSS to the entire world. They are walking the same path as Hitler’s Nazi party, which committed atrocities against minority groups. They consider Hitler and Mussolini to be their role models and has a single aim since their formation- the ethnic cleansing of Muslims.

They are implementing this ideology in Kashmir.

Today Kashmir has been internationalised. United Nations Security Council held a meeting on Kashmir issue for the first time in 50 years.

People of Muzzafarbad, listen to me, the European Union, for the first time, said that the Kashmir issue should be resolved as per UN resolutions. This means Kashmiri’s gets to decide their fate via a referendum.

More than 40 MPs in Britain raised the Kashmir issue. I was the happiest when US senators wrote a letter to President Donald Trump and urged him to intervene in the matter.

I will raise this issue on every international platform. If possible, watch my interview on RT tonight and tomorrow on Al Jazeera.

I want to tell India that, by detaining thousands of people, you are pushing people into extremism. If you lock me, mistreat me, the women and kids of my family, I would respond against the unjust oppression. When atrocities get to their peak, people would prefer that death is better than this insulting life.

The Kashmiris are fighting the life of humiliation, abuse and disgrace at the hands of Indian security forces, and are justified in waging a struggle for freedom.

Not just the Kashmiris, but other people as well. What message are you giving to the 20 crore Muslims of India? That you will live here like second-class citizens, That they won’t treat them like Muslims but animals?

You are telling them that you can oppress people in a Muslim-majority region by deploying 900,000 soldiers who blind kids with pellet guns, mistreat women and the elderly. When you marginalise people, you are also radicalising them.

People will rise against India, and it is not just about Indian Muslims, there are 1.25 billion Muslims around the world. They all are watching this. They will be pushed towards extremism as well. Islam means peace, we are peaceful people. But when you see that your people are being mistreated and the world is quiet, you react.

India blamed Pakistan when a Kashmiri youth blew himself up because they did not want to tell the world that it was because of the Indian government’s brutality that Kashmiris were turning towards extremism. They blamed us and sent in their jet. Our airforce then brought down their jets and captured their pilot. We returned him because we wanted to solve issues through dialogue.

They (India) said that we returned him because we got afraid. Believers do not fear death, we did not return the pilot because we are scared of you.

They have started to paint this narrative again that Pakistan is sending militants. I have said this before; we will answer every brick with a stone.

I urge the international community to stop this Indian Hitler.

We want this issue to be solved per UN resolutions. Through a referendum, Kashmiris should have the right to choose whatever they want. We will support the Kashmiris’ choice.

I know you want to advance towards the Line of Control, but don’t go until I tell you. First, let me go to the United Nations and fight Kashmir’s case.”

This was Khan’s third visit to Pakistan-occupied Kashmir since the Centre’s August 5 order, revoking Jammu and Kashmir’s special status.

Irrfan Khan is all Smiles in new Twitter DP