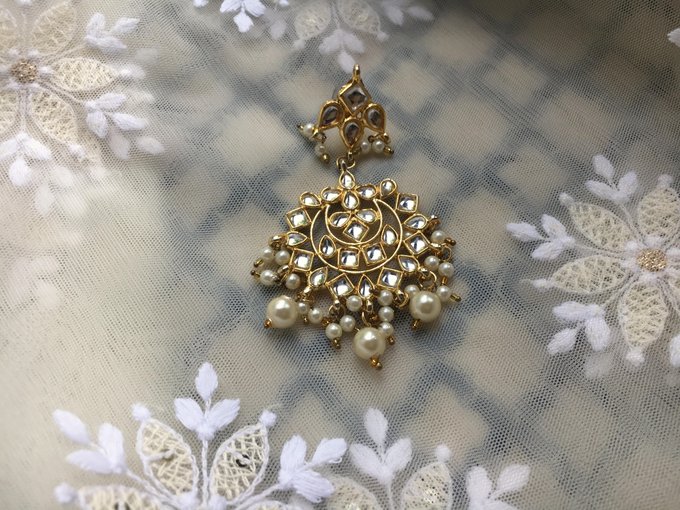 Like countless other stories that describe the pain of the India-Pakistan partition, another story is circulating on social media in which Indian historian and author Aanchal Malhotra shared an image of a ‘Jhumka’ on her Twitter handle that belongs to two friends who were separated during the partition and each has one of the pair.

This story is attracting Twitteraties in which Malhotra has appealed to reunite these friends.

The story belongs to Malhotra’s student Nupur, Nupur’s grandmother and her friend.

Nupur’s grandmother separated with her friend at the time of the country’s partition. But as a memory of their “undying love”, both friends kept each ‘Jhumka’ from a pair of the gold ornament. Since then, they have never met.

Malhotra said Nupur’s grandmother Kiran Bala Marwah was only five years old in 1947 and her friend Noori Rehman was at the age of six. Both belonged to Jammu and Kashmir’s Poonch district. After the formation of Pakistan, Noori and her family migrated there. While they were separating, they kept each ‘Jhumka’ from the pair. Friend gone, the friendship remained there.

After 70 years of this incident, one day Nupur asked her grandmother about the partition of the country for her school project. Then Kiran opened her almirah and gave the one ‘Jhumka’ to her granddaughter as an inheritance. Kiran kept this ‘Jhumka’ for 70 years with a hope that one day she would meet her friend.

Malhotra further tweeted: “Kiran, with wet eyes, said that she named her granddaughter Nupur after decades back separated friend. Nupur said, after this, she realised that why many times her grandmother used to call her ‘Noori'”.

The author has also appealed to the Twitter users of Pakistan to try to reunite these friends and ‘Jhumkas’ as well. She said: “People from the cross-border who read this message and if they have ever heard this story from their Noori grandmother, so please contact me. We should reunite Kiran and Noori”.