A three-judge bench will on Wednesday hear the Centre’s plea seeking recall of its 2018 judgment, which virtually diluted the stringent provisions of immediate arrest and no anticipatory bail for the accused on a complaint filed under the SC/ST (Prevention of Atrocities) Act.

The plea will be heard by a three-judge bench comprising Justices Arun Mishra, M. R. Shah and B.R. Gavai.

The Supreme Court on Friday referred the Centre’s plea seeking recall of its 2018 judgment, which diluted the stringent provisions of immediate arrest and no anticipatory bail for the accused on a complaint filed under the SC/ST (Prevention of Atrocities) Act, to a larger Bench.

The Centre stated that the judgment diluting the stringent provision of the SC/ST (Prevention of Atrocities) Act and stating that arrest on a complaint under the law was not mandatory had “seriously affected their (SC/ST) morale and confidence in the ability of the state to protect them”.

Article 21, which guarantees the protection of life and personal liberty, says: “No person shall be deprived of his life or personal liberty except according to the procedure established by the law.”

While ruling that there would be no mandatory arrest of an accused on a complaint under the SC/ST (Prevention of Atrocities) Act, the apex court by its March 20 judgement had directed “…in absence of any other independent offence calling for arrest, in respect of offences under the Atrocities Act, no arrest may be effected” without the permission of appointing authority in case of public servant or that of Senior Superintendent of Police in case of general public”.

The court had said it was providing the safeguard “in view of acknowledged abuse of law of arrest” under the Act.

“It’s necessary to express concern that working of the Atrocities Act should not result in perpetuating casteism, which can harm the integration of the society and the constitutional values,” it said. 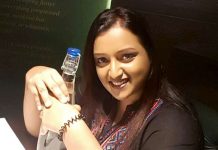 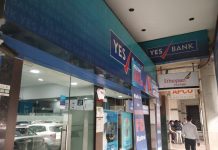