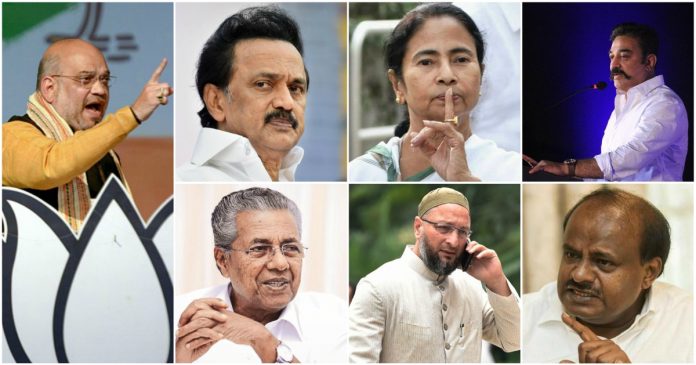 – Abhijit Naskar, ‘Build Bridges Not Walls: In the name of Americana”

Home Minister Amit Shah on Saturday had appealed to people to use Hindi so that Gandhi’s and Patel’s idea of one language comes true. He also said on the occasion of Hindi Diwas that Hindi is the language which can keep India united.

“I want to appeal to people to promote their native languages but also use Hindi to make the dream of Bapu (Mahatma Gandhi) and Sardar (Vallabhbhai) Patel of one language come true,” Amit Shah also tweeted.

However, Amit Shah’s statement ignited widespread protests in different parts of the country. People from Southern India and North-east had always been wary of the idea of a single national language. Earlier, any such moves had triggered sub-nationalist movements across the country.

Here is how politicians responded to Amit Shah’s proposal.

The move amounts to enslaving

Kerala CM Pinarayi Vijayan responded that the move to inflict Hindi upon people amounts to enslaving them.

“Union minister’s statement is a war cry against the mother tongues of non-Hindi speaking people. No Indian should feel alienated because of language. India’s strength is its ability to embrace diversity. Sangh Parivar must relinquish divisive policies,” he said.

The claim that Hindi unifies our country is absurd. That language is not the mother tongue of a majority of Indians. The move to inflict Hindi upon them amounts to enslaving them. Union Minister's statement is a war cry against the mother tongues of non-hindi speaking people.

Will affect the unity of the country

“We have been continuously waging a protest against the imposition of Hindi,” Stalin said.

“Today’s remarks made by Amit Shah gave us a jolt. It will affect the unity of the country. We demand that he takes his statement back,” he added.

West Bengal CM Mamata Banerjee responded that while one may learn many languages, one shouldn’t forget the mother language.

“My best wishes to all on #HindiDiwas. We should respect all languages and cultures equally. We may learn many languages but we should never forget our mother-language,” she tweeted. 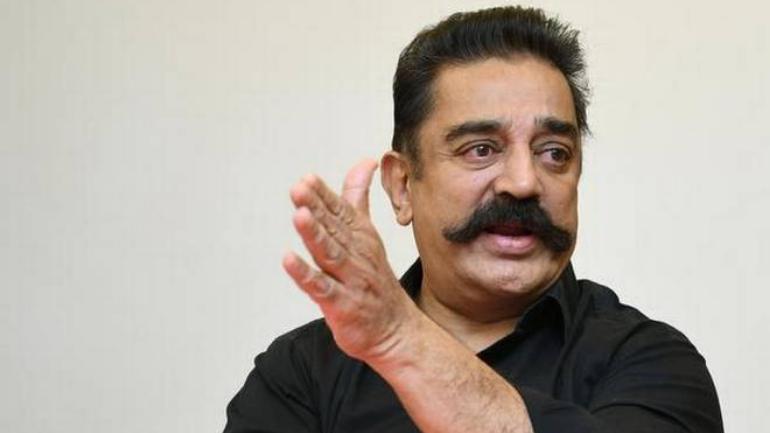 Actor Kamal Haasan responded that  “no Shah, Samrat or Sultan can renege on the promise of unity.” In a video message, Haasan asked not to make “inclusive India an exclusive one”, adding that everyone would suffer because of the “folly”.

He also warned that the battle for the language will be bigger than Jallikettu protests.

“India or Tamil Nadu does not deserve such a battle,” he said, adding: “We respect all languages but our mother language will always be Tamil.”

He said, “Most of the nation happily sings the national anthem in Bengali with pride and will continue to do so. The reason is that the poet who wrote the anthem gave due respect to all languages and cultures and hence, it became our anthem.”

Could you try appreciating the diversity & beauty of the many mother tongues that dot this land? Article 29 gives every Indian the right to a distinct language, script & culture. India’s much bigger than Hindi, Hindu, Hindutva.”

Former Karnataka CM Siddaramaiah said that Amit Shah is a “wicked insider in a joint family who finds ways to break the unity.”

“India has a rich history and diverse geography. Each explains its own vibrant culture and practice. We have to embrace the diversity to remain United. Amit Shah is like a wicked insider in a joint family who find ways to break the unity. This home wrecker needs to be taught a lesson!!” Congress leader Siddaramaiah said in a tweet.

When will you celebrate Kannada Diwas Mr Narendra Modi?

JD(S) leader HD Kumaraswamy had another concern. He sought to know from Prime Minister Narendra Modi when ‘Kannada Diwas’ would be organised across the country.

“The central government is celebrating ‘Hindi Diwas.’ When will you celebrate Kannada Diwas Mr Narendra Modi, which is also an official language like Hindi? Remember that the people of Karnataka are part of the federal system,” Kumaraswamy tweeted under the hashtag ‘Stop Hindi Imposition.’

In the Southern states, the opposition has come together despite political differences against the idea of ‘one nation, one language’ propagated by Amit Shah.