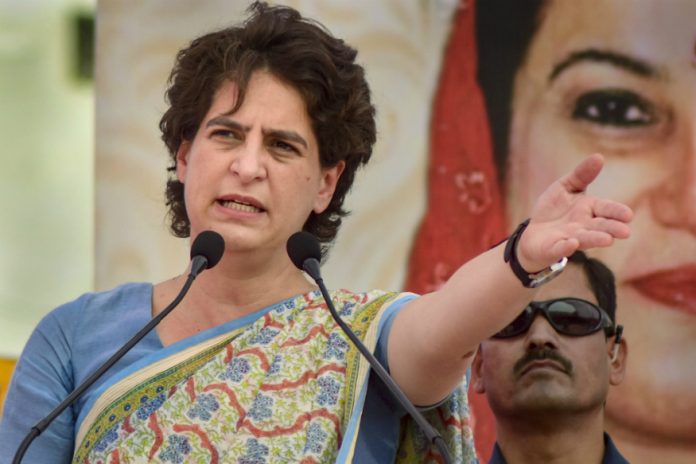 “Creating a media blitz by repeating $5 trillion every day and managing headlines will not trigger economic reforms. Sponsored events in foreign countries do not bring investors. Investors have lost faith. Economic investment has lost ground,” tweeted Priyanka without taking the name of the ‘Howdy Modi!’ event.

“The BJP government is not accepting the truth. This economic slowdown is a speed breaker in the path of becoming an economic superpower. Without corrective measures, all the show-off is worthless,” she further tweeted.

Senior Congress leader Kapil Sibal too questioned the logic of organising publicity extravaganzas outside the country. “If ‘Howdy Modi!’ is being held out of India, then it should take place here as well. Modi should have an event like ‘Howdy Modi!’ in the rural areas of the country and the people will tell him what they are facing.”

“He organises such extravaganzas for both internal and external consumption, these don’t result in prosperity for ordinary people here, they are only for publicity,” said Sibal.

The White House had confirmed that US President Trump will be making a joint appearance with Modi at the Houston event.