Infosys, TCS and Tata Motors are among the 17 companies that have made it to the latest Forbes’ list of the World’s Best Regarded Companies.

While Infosys has been ranked third in the list — just behind payment technology major Visa and Italian car maker Ferrari, ranked 1 and 2, respectively — Tata Consultancy Services (TCS) has been ranked No. 22. At 31st place, Tata Motors has also found a place among the top 50 companies in the list.

Forbes partnered with Statista to prepare the list that includes 250 companies which are ranked based on trustworthiness, social conduct, the strength of their products and services and how they fare as employers.

Infosys marked a huge improvement in the ranking as it jumped to the third position this year, from 31st position in 2018. 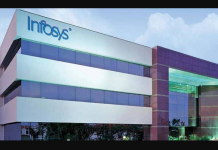 Arms Licenses to be Suspended in Madhya Pradesh's Bhind