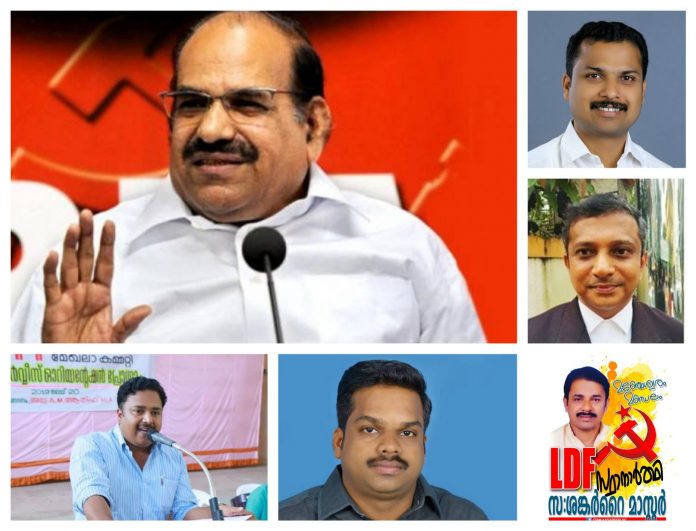 The Communist Party of India-Marxist (CPI-M) on Thursday announced their candidates for the October 21 bypolls to five Assembly constituencies in Kerala.

Roy is being fielded as a Left-backed Independent candidate. He is a lawyer by profession and son of veteran journalist K.M. Roy.

While announcing the list, CPI-M state secretary Kodiyeri Balakrishnan said that they were not a party which decides candidates by their caste, community or other such things.

“The result of these by-elections is not going to make any impact on the present Left government,” he said.

In the 140 member Kerala Assembly, the ruling Left government has the support of 90 MLAs, the Congress-led opposition has 43 with the Bharatiya Janata Party (BJP) having one legislator, while six seats were currently vacant.

Muraleedharan won from the Vadakara Lok Sabha constituency, Eden from Ernakulam, Prakash from Attingal and Ariff secured the Alappuzha seat.

Manjeswaram Assembly seat got vacated due to the death of its MLA and senior Indian Union Muslim League (IUML) leader P.B. Abdul Razack in 2018.

At present except for the Aroor Assembly constituency, the rest are with the Congress-led UDF.

While the IUML have announced M.K. Kamaruddin as their candidate for the Manjeswaram seat, the Congress and the BJP were yet to name theirs

The last date for filing nomination is September 30.