This is revealed by the findings of a new report on ‘The State of Social Assistance in Africa’ released on Thursday by the United Nations Development Programme (UNDP) and the African Union (AU), in collaboration with the International Labour Organisation (ILO), the Economic Commission for Africa (ECA) and UNICEF.

The report, which was launched with an accompanying online data platform, at the sideline of the 74th United Nations General Assembly, provides insights on the recent growth across three foundational dimensions of social assistance — legal frameworks, institutions and financing.

“The African Union pays much attention to social protection by encouraging Member States to implement various policies and treaties. We are currently elaborating an Additional Protocol to the African Charter on Human and Peoples’ Rights on the Rights of Citizens to Social Protection and Social Security, to be tabled for adoption by Member States later this year, which once ratified, will become a legally binding instrument,” said Amira Elfadil Mohammed Elfadil, African Union Commissioner for Social Affairs.

“This is because we see social protection as a comprehensive measure designed to protect individuals against life-cycle crises that curtail their capacity to meet their needs.”

The report shows that domestic financing for social protection, on average, exceeds that of development partners.

For example, between 2013 and 2015, domestic contributions to cash transfer programmes tripled in Zambia and doubled in Rwanda, Kenya and Ghana.

According to the report, high spenders among African countries, on average, commit about $16,000 annually on social assistance per poor person.

The findings demonstrate that state-provided social assistance like cash, food transfers, and public works programmes are becoming an important policy instrument to address poverty and vulnerability, with more programmes scaling up from small, temporary projects to permanent programmes.

For instance, the data show that between 2010 and 2015, 43 new social assistance programmes were introduced in Africa — more in this half-decade than in previous decades.

“I welcome the news that most African countries are committing more domestic resources to social protection. This is critical to end poverty and inequality on the African continent,” said Ahunna Eziakonwa, Assistant Secretary General and Director, Regional Bureau for Africa, UNDP.

The data reveals many national constitutions refer to social protection as a right that the state is duty-bound to uphold, and more laws are being passed that translate this aspiration to a ‘claimable’ right.

But the new report also presents some challenges.

Though domestic financing is growing, this needs to significantly increase. For instance, low spenders commit only about $4 annually per poor person and this includes the administrative costs of running the social protection programmes.

The report, therefore, calls for improvement in tax collection efficiency, expansion of tax base through progressive taxation and curbing of illicit financial flow, as some strategies for raising state capacity for funding social assistance in Africa. 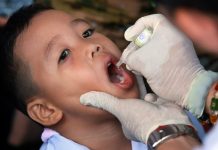 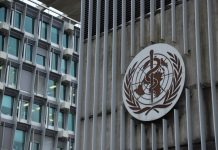