Perumal Murugan, Rajkamal Jha and Fatima Bhutto are among the 15 authors in the longlist of the $25,000 DSC Prize for South Asian Literature 2019, announced here on Thursday.

The jury will further evaluate the longlisted entries over the next month and the shortlist of five-six books will be announced on November 6 at the London School of Economics & Political Science (LSE). The winner will be announced at a special award ceremony on December 16 at the IME Nepal Literature Festival grand finale at Pokhara, Nepal.

That quite a few of the longlisted authors are based outside the region, including an American writer without any South Asian ethnic roots, reflects the increasing globalisation of South Asian writing. And they have all written with the same in-depth perspective and understanding of South Asian life and culture as their counterparts based in the region.

A wide spectrum of South Asian themes across geographies is visible in the longlist, which includes writers of Indian, Pakistani, Bangladeshi, Afghan and Sri Lankan origin.

* Amitabha Bagchi: Half the Night is Gone (Juggernaut Books, India).

* Nadeem Zaman: In the Time of the Others (Picador, Pan Macmillan, India).

The DSC Prize, administered by the South Asian Literature Prize & Events Trust, received 90 entries this year from 42 publishers and 55 imprints from across the globe.

Speaking on the occasion, Harish Trivedi, chair of the five-member jury, said: “We read 90 novels at the average rate of one a day — an exhilarating, enlightening and humbling experience. Some of the novels we read narrated the nation. Some others explored individual subjectivities and yet aligned them to a broader social and political reality. Some grabbed us by the throat not so much for what they were saying but for how they said it.

“Many were set in multiple time-spans and international locations. The five of us jurors, located in five different countries, have eventually arrived at this long list of 15, which is diverse and inclusive both intrinsically and by design. Apparently, South Asia is to be found all over the globe and comes in all colours and complexions,” he said.

Surina Narula, the co-founder of the DSC Prize, said: “Each of the 15 longlisted books vividly brings out the changing nuances of South Asian life and the effect that globalisation has had in this region. This is a strong endorsement of our vision for the prize, as, over the last nine years, it has been able to showcase the immense and diverse talent writing about this region and present it to readers across the world.” 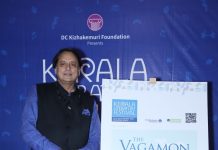 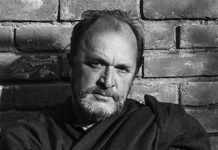 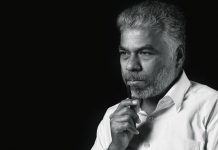 Man Commits Suicide After being Publicly Humiliated by a Mob