Describing her meeting with the bankers as a “tonic”, Finance Minister Nirmala Sitharaman said on Thursday that there are no liquidity-related problems being faced by private sector lenders and non-banking financial companies (NBFCs).

Addressing the media after meeting the bankers, and NBFCs and mutual funds representatives, she said that no banks or other financial institutions felt that there is a problem of liquidity in the system. She said that the banks have been invited to participate in the credit outreach programme spanning 400 districts.

The Finance Minister also said that the service sector has shown high appetite for credit.

On the ongoing subdued demand in the automobile sector, Sitharaman said that low commercial vehicle demand is a cyclical problem. All financial institutions are largely optimistic and hope that the upcoming festive season would boost consumption and demand, she added.

In the meeting, lenders flagged the need for self-declaration of present address in respect of borrowers who are KYC-authenticated, to enable hassle-free lending and ease in co-origination of loans by banks, NBFCs and housing finance companies (HFC), Finance Secretary Rajiv Kumar said.

The Finance Minister stated the appropriate instructions would be issued to address the concern by October 1.

Revenue Secretary Ajay Bhushan Pandey was also present in the meeting. A number of ideas on supporting housing and vehicle loans, improving financial literacy, improving transmission of rate cuts in refinance, enabling on-lending through NBFCs and HFCs under the priority sector lending category and customer outreach were received and there were taken note of by the ministry for further consideration. 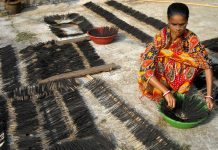