Geologists have discovered a new continent hidden in the Mediterranean region after analysing all the mountain ranges from Spain to Iran in detail for 10 years.

The research, published in the journal Gondwana Research, revealed how a piece of continental crust the size of Greenland that once separated from North Africa plunged into the Earth’s mantle under Southern Europe.

Billed the eighth continent on Earth, this piece of continental crust is called “Greater Adria”.

“Most mountain chains that we investigated originated from a single continent that separated from North Africa more than 200 million years ago,” said principal researcher Douwe van Hinsbergen, Professor of Global Tectonics and Paleogeography at Utrecht University in the Netherlands.

“The only remaining part of this continent is a strip that runs from Turin via the Adriatic Sea to the heel of the boot that forms Italy,” Van Hinsbergen said.

Most of this continent was situated underwater and formed shallow, tropical seas in which sediment deposited, for example in large coral reefs.

The sedimentary rocks, in particular, were scraped off when the rest of the continent subducted into the mantle. These scrapings are now the mountain belts of the Apennines, parts of the Alps, the Balkans, Greece and Turkey, the study said.

The reconstruction was a collaboration between geologists from Utrecht, Oslo and Zurich.

With their reconstruction of the lost Greater Adria, the geologists have made a substantial contribution to fundamental knowledge about mountain range formation.

“This is not only a large region, but it also hosts more than 30 countries. Each of these has its own geological survey, own maps, and own ideas about the evolutionary history,” Van Hinsbergen said, while explaining why it took researchers so long for the discovery. 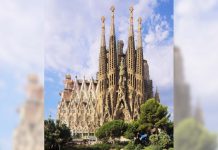 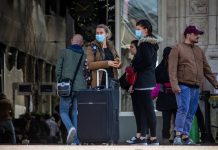 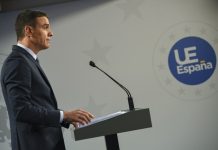