As per a report by The News International, The Model Town Court judge reprimanded the singer for disobeying the court’s summon.

Earlier this month, Punjab Wildlife Protection and Parks Department initiated an action against the singer for illegally keeping four pythons, reptiles and an alligator as pets.

The action was taken against the singer after a video, wherein Pirzada was seen threatening Indian Prime Minister Narendra Modi with snakes, went viral on social media. In the video, Pirzada was seen posing with several snakes and an alligator. 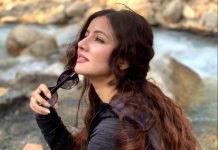 3 Over Ground Workers With Ammunition Held in Jammu and Kashmir