Saudi Arabia has announced that tourist visas will be issued for the first time to visitors from 49 countries around the world, the media reported on Friday.

The Saudi Commission for Tourism and National Heritage (SCTH) made the announcement at an event in Ad-Diriyah, an ancient city that is now a leading tourist destination.

“The electronic tourist visa will be issued within a record time of seven minutes and the beneficiaries of the visa include tourists from 49 countries,” said Tourism chief Ahmed Al-Khateeb in a statement, according to the Saudi Gazette.

“Opening Saudi Arabia to international tourists is a historic moment for our country. Visitors will be surprised… by the treasures we have to share – five Unesco World Heritage Sites, a vibrant local culture and breathtaking natural beauty,” he said.

Al-Khateeb said the Kingdom will also ease its strict dress code for foreign women, allowing them to go without the abaya robe that is still mandatory public wear for Saudi women.

Foreign women, however, will be required to wear “modest clothing,” he added, without elaborating.

Tourists from 38 countries in Europe, 7 in Asia, as well as the US, Canada, Australia and New Zealand, will be eligible to apply for the new visas.

These visas will cost 300 Saudi riyal ($80), with an additional cost of 140 Saudi riyal for travel insurance, reports said.

Tourists will be allowed to stay in the Kingdom for a maximum of 90 days during the year during which they can enter the Kingdom multiple times. The validity of one year will be counted from the date of issuance of the visa, the Saudi Gazette reported.

Applications for the tourist visas will commence on September 28. The visa announcement was teased via a website and on social media by way of a video campaign, hashtagged “Where in the world?” which featured several shots of Saudi landmarks and natural wonders, prompting viewers to guess where they might be.

According to SCTH, the website has garnered over 94 million views since going live. The commission announced on Thursday that it established a 15 billion Saudi riyal fund to support tourism projects across the Kingdom, reports say. 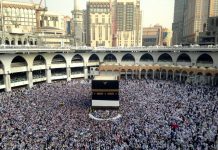 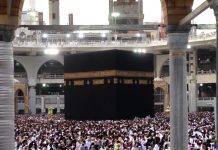 Residents Of Mahul, A Rehabilitation Story Of Mumbai Slums, Episode 3