The world-famous 10-day Mysuru Dasara festival began in Karnataka’s cultural capital on Sunday with pomp, as hundreds of people joined the celebrations amid piety and religious fervour, an official said.

“The 409th year Dasara festival began earlier in the day with prayers and floral offerings to the presiding deity — Hindu goddess Chamundeshwari Devi in the temple atop the hill on the city’s outskirts amid the chanting of Vedic hymns in Sanskrit and devotional songs in Kannada,” an official of the state cultural department told IANS here.

As chief guest of the state-sponsored festival (nada habba), eminent Kannada writer S. L. Bhyarappa inaugurated the celebrations by invoking Devi for blessings in the hallowed precincts of the temple arena in the presence of state Chief Minister B. S. Yediyurappa, Union Ministers D. V. Sadananda Gowda and Pralhad Joshi, state cabinet ministers, legislators, religious heads, officials and hundreds of people who flocked to the hill for the occasion.

A replica of the goddess was taken in a silver chariot to the royal Amba Vilas palace from the Devi temple for worshipping and public display.

As the grand festival has historical relevance dating back to the 16th century when the Wodeyar kings used to celebrate it with grandeur, the royal dynasty’s adopted scion and titular head Yaduveer Krishnadatta Chamaraja also held a private audience by ascending the Golden Throne in the Palace durbar hall post-noon at the auspicious time as per the Hindu calendar.

“Yaduveer will conduct the khasagi (private) durbar for the next nine days (navaratri) in line with his Yadu dynasty’s 600-year-old tradition, worship ayudha puja (armoury) and other objects in the Palace and witness the victory parade on Vijayadashmi day,” a Palace official said.

Yaduveer’s wife Trishikha Devi, his step-mother Pramoda Devi, members of the royal family were present on the occasion.

As the state government is the host for the fest, Yediyurappa heralded the cultural events and flagged off the sporting events in the sprawling palace vicinity.

Priests from 23 temples in the old Mysuru region performed Hindu rituals and made offerings to Hindu gods and goddesses for their blessings on the people.

The festival also marks the celebration of triumph over evil as the presiding goddess is learnt to have killed the Hindu demon Mahishasura on the auspicious occasion when the Hindu god Ram returned to Ayodhya from a 14-year exile in Treta Yug.

The city of palaces has been spruced up for the grandeur that will culminate on October 8 with a royal victory procession of caparisoned elephants, camels, horses and tableaux from the Palace to the Bannimantapa grounds for a torch-light parade on the 10th day of the festival on October 8.

The tabuleaux will showcase the state’s rich cultural folklore and socio-economic development of the state.

As part of Navarathri, cultural and musical programmes will be held over the next nine days outside the Palace and other venues across the city.

Besides the royal palace, heritage buildings, temples and parks have been illuminated for the mega fest. 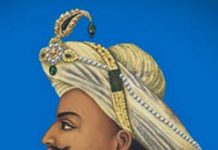 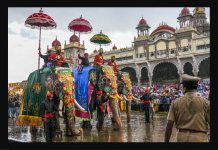 Mysuru decks up for 10-day Dasara festival in Karnataka 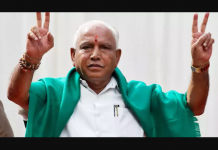