In an ambitious initiative to boost tourism, the state-run Airport Authority of India (AAI) will introduce water aerodrome or seaplanes in three locations in Assam for the first time, a top AAI official said.

“After a countrywide study, it was decided to introduce water aerodrome or seaplanes in three locations in Assam. To boost tourism and connectivity, three riverfronts were selected in Assam to introduce the water-based ferry for the first time in India,” AAI Regional Executive Director Sanjeev Jindal told IANS.

He said: “At the end of next year or by early 2021, the water aerodrome or seaplane services would be launched in Brahmaputra river and Umrangso reservoir. The three locations selected for the seaplanes include Guwahati, Umrangso (in Dima Hasao district) and the famous Kaziranga National Park.”

Jindal, who had come here last week to inspect the under-construction work of the Rs 500 crore newly designed Agartala airport project, said that not much investment is required to commence the seaplane services in Assam.

“Three jetties would be built in three locations at a cost of Rs 50 crores. Some other small works have to be done before launching the new ferrying mode,” he added.

“An area of open water that can be used by seaplanes or amphibious planes for landing and take-off is called a water aerodrome. They could be connected to the terminal building on land where the pilot can choose to dock like a ship.”

“The water aerodrome or seaplanes services were planned to be introduced under the UDAN (Ude Desh ka Aam Naagrik) scheme, announced by the government earlier.

“UDAN is under the regional connectivity scheme that aims at regional airport development with the objective of ‘let the common citizens of the country fly’ by making air travel affordable and widespread, to boost inclusive national economic development.”

For the first time in India, Prime Minister Narendra Modi had used a seaplane in Ahmedabad in December 2017.

Another senior AAI official said that budget airline SpiceJet had conducted seaplane operations in Ahmedabad and Mumbai on a trial basis.

Tourism expert and former administrator Subhash Das said that a business model or a special purpose vehicle must be formed to run the seaplanes and water aerodrome operations.

“It should have to be decided whether the operations would be a venture between the state government and the AAI, or handled by the authorities alone. Profit-making public sector organisations and corporate houses could be involved to run the new water-based transport,” Das, who has visited around 20 countries on his own and written books on tourism, told IANS.

Meanwhile, the AAI has undertaken projects worth Rs 3,500 crores for the expansion and upgradation of airports in the northeastern states, where 13 airports are currently operational.

Jindal said that from the tourism point of view, there is a huge scope for developing air connectivity between the northeastern region and neighbouring countries including China, Hong Kong, Thailand, Myanmar, and Bangladesh.

“Under the Regional Connectivity Schemes, air connectivity would be developed among the northeastern states. Helicopter services would also be extended in several areas of the region,” he said.

According to the official, there are 10-12 airports in the northeastern states which were in use many years ago. Now, these airports or airstrips can be upgraded to operate smaller aircraft.

“Aviation industry is the fastest growing industry across the world. India has the third-largest aviation market in the world,” the AAI Regional Executive Director pointed out.

He said that after Guwahati airport, Agartala and Imphal airports are being upgraded to international standards. 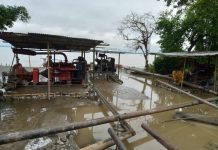 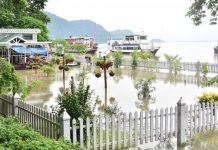 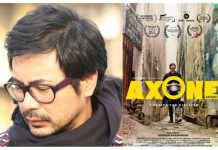 Golfer Vani Kapoor is Confident of Winning on her International Stint