“The murder of Post contributing columnist Jamal Khashoggi was arguably the most influential and controversial incident of the 21st century… No other event since 9/11 has posed such a serious threat to the international order or challenged the conventions that the world has come to take for granted,” Erdogan wrote on Monday in an article published in the Washington Post, according to Turkey’s state-run Anadolu Agency.

He said Turkey has used all its means to transparently inform the international community about the investigation on Khashoggi murder, Xinhua reported.

“Turkish authorities shared their findings with Saudi Arabia as well as other countries,” said Erdogan in the article, adding that Turkey has cooperated with the UN investigation team on extrajudicial, summary and arbitrary executions.

“The killing of Khashoggi at the Saudi consulate in Istanbul is not a bilateral problem but rather a matter of justice,” he said.

“Turkey has always seen and continues to see Saudi Arabia as its friend and ally. My administration, therefore, made a clear and unmistakable distinction between those who murdered Khashoggi and Saudi King Salman and his loyal subjects,” the President said.

Khashoggi, a journalist for the Washington Post and a strong critic of the Saudi government, disappeared on October 2 after he entered the Saudi consulate in Istanbul to get documents for his marriage, sparking an investigation by the Turkish government and international pressure on Riyadh to reveal about his whereabouts.

Erdogan attempts to rile up Muslims in Pakistan over Kashmir 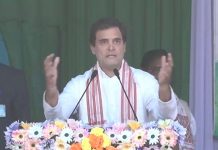 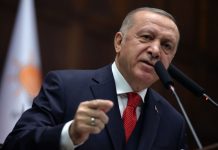