Dalilah Muhammad of US bettered her own record as she won the gold medal in the women’s 400m hurdles event at the ongoing World Athletics Championships in Doha.

On Friday night, Dalilah clocked 52.16 seconds in the finals as she went past her 20-year-old US rival Sydney McLaughlin who was rewarded with silver in 52.23 seconds. Jamaica’s Rushell Clayton took the bronze medal.

“This means so much,” IAAF.org quoted the 29-year-old Olympic champion as saying.

“It’s difficult to describe. I just wanted the world title so much, but to break the world record again is fantastic.

“I just decided to go for it from the start and I felt Sydney coming at me around hurdle nine. Then I just gave it everything I’d got. It hasn’t really sunk in yet, but it feels good,” she added.

At the US Championships in Des Moines earlier in July this year, Dalilah had bettered the 2003 world record of 52.34 set by Russia’s Yulia Pechonkina, recording a time of 52.20 seconds. 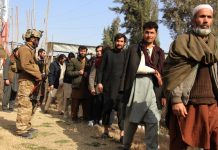 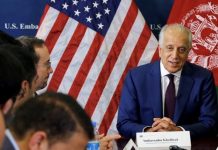