DMK President M.K. Stalin on Saturday wondered how writing a letter to Prime Minister Narendra Modi to uphold communal harmony and tolerance could turn into sedition.

He was referring to an FIR registered against 49 noted personalities including filmmaker Mani Ratnam, actress Revathi and historian Ramachandra Guha, in a Bihar police station for writing to Modi on the incidents of lynching in the country.

“How can it become sedition when asked to uphold secularism and tolerance?” Stalin asked.

The DMK chief branding people like Guha, Revathi, Mani Ratnam and others as traitors was not acceptable.

Condemning the FIR, Stalin said it created doubt and fear in the people’s mind whether one was living in a democratic country. 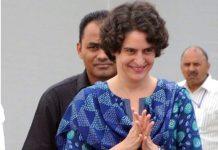 Delhi schools to teach boys not to misbehave with females

US Unleashes Trade war With Latest Tariffs on China