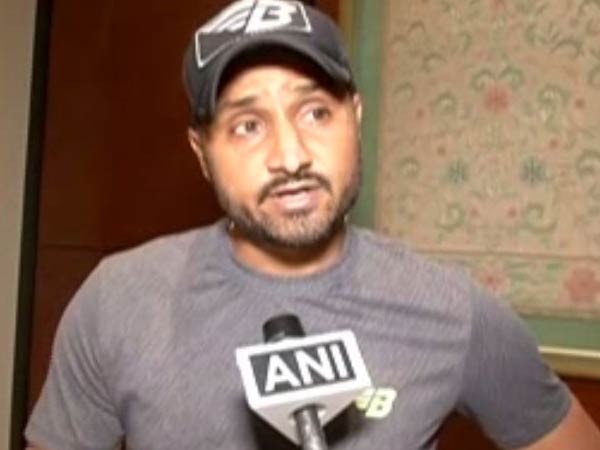 Veteran Indian off-spinner Harbhajan Singh refused to relent in his criticism of Pakistan Prime Minister Imran Khan for issuing despicable threats and speaking about hatred during his speech at the UNGA last month as he took on actress Veena Malik on social media.

Harbhajan had tweeted, “At UNGA speech, there were indications for India of potential nuclear war. As a prominent sportsperson, Imran Khan’s choice of words ‘bloodbath’ ‘fight to the end’ will only increase hatred between the two nations. As a fellow sportsperson, I expect him to promote peace.”

Taking a jibe at him, Veena retorted: “PM Imran Khan did talk about peace in his speech. He talked about the reality and the horror that will surely occur when the curfew is lifted and sadly there’s gonna be a bloodbath. He clearly states that it’s not a threat but a fear. Don’t you understand English? (sic)”

The Indian off-spinner on Tuesday shot back again, mocking Veena’s English. “What do u mean by surly? Oh is it surely ?? chill pill next time try and read before u put something in English. (sic)”

Speaking at the UNGA on September 27, the Pakistan Prime Minister had held out threats of a conventional war between the two nuclear-armed neighbours spinning out of control.

“If a conventional war starts between the two countries, anything could happen. A country seven times smaller than its neighbour what will it do — either surrender or fight for its freedom,” he had said.

Relations between the two Asian neighbours have been on a downhill ever since the Indian government’s decision to abrogate provisions of Article 370 of the Constitution which provided special status to Jammu and Kashmir.