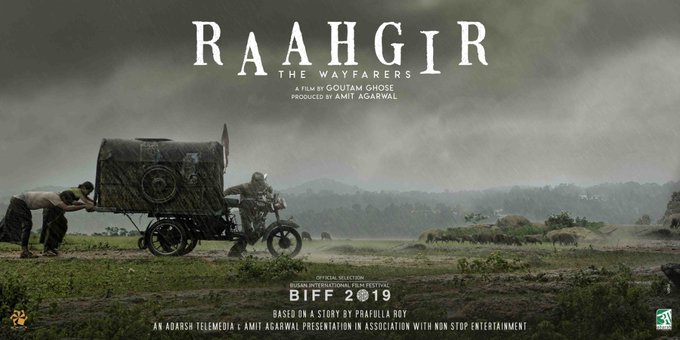 National Award winning-filmmaker Goutam Ghose is happy that his latest film “Raahgir” has connected emotionally with the audience at this year’s Busan film festival.

“Raahgir” had its world premiere at Busan on Monday evening, and the film received an ovation from the audience after the screening.

“We are happy with such an overwhelming response. The best thing about being at such a prestigious platform as Busan is the crowd that cuts across language or geographical barriers. The audience understood the language of cinema. They connected with the emotions of empathy and compassion that the film talks about,” Ghose said.

“Not only did the audience enjoyed ‘Raahgir’, but they also asked relevant questions related to the film, which shows their engagement with the film was genuine,” said producer Amit Agarwal.

The film is a tale of empathy at the time of crises and revolves around three characters who develop a relationship while on a journey.

“Raahgir” stars Adil Hussain, Tillotama Shome and Neeraj Kabi. The film is all set to be screened at MAMI in Mumbai on October 19 and 20, under Spotlight section of the festival.

Kathua Rape and Murder Case: Juvenile Declared an Adult by the Court