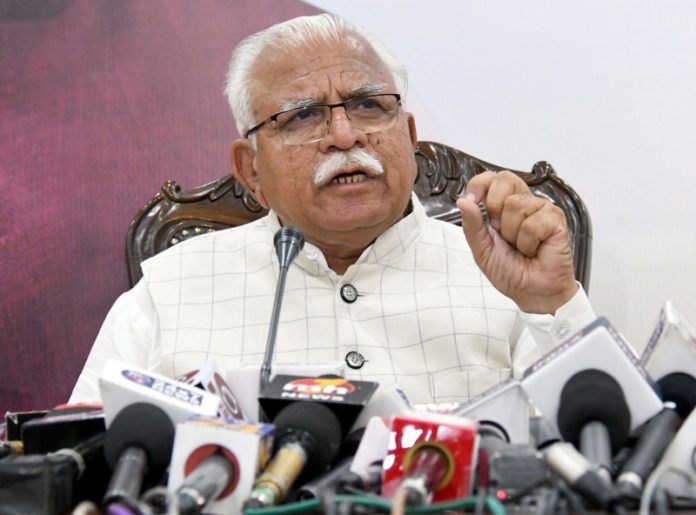 Congress women’s wing chief Sushmita Dev said in a statement: “His (Khattar) remarks against the Congress President are deplorable and unparliamentary, it is a clear reflection of his and the BJP’s disrespectful attitude towards women.”

Demanding an unconditional apology from Khattar, she said: “The BJP is lowering the level of public discourse. Lowering the discourse is an attempt to divert attention from the real issues that are being evaded like joblessness and acute economic slowdown”.

“Can anyone deny that Haryana has become the rape capital of India. Kidnapping and abduction are also on the rise. CM Haryana has no answers to the real issues that are adversely impacting the people of Haryana specially the women,” said Dev.

“M.L. Khattar of the beti bachao gang has failed as Haryana has the fourth highest crime rate in the country, there is a shocking shortfall in police manpower. At 27 per cent, the shortfall is highest among the northern states, and almost 4 times as high as the deficit in Punjab,” she added.

During an assembly election rally on Sunday, the Haryana Chief Minister had targeted Sonia Gandhi over her return as the Congress President, almost comparing her with a dead rat while using the Hindi proverb “khoda pahad nikli chuhiya”.