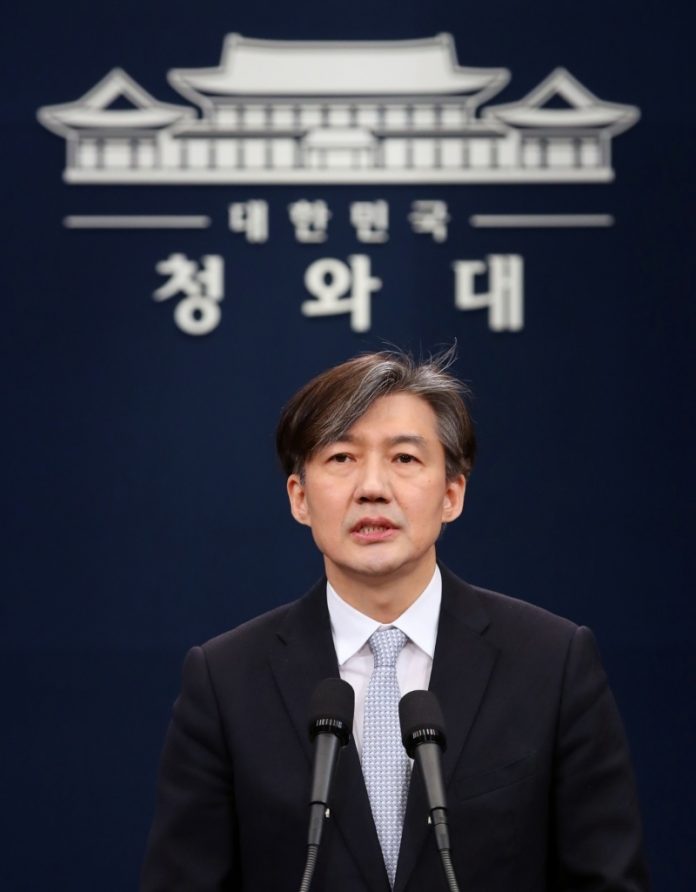 South Korean Justice Minister Cho Kuk resigned on Monday amid an investigation for alleged corruption offences involving him and his family that has led to massive protests in the country and a decline in the government’s popularity.

President Moon Jae-in appointed the 54-year-old Cho on September 9 with the task of reforming the prosecutor’s office, a body that wields enormous power and influence in the country and has played a critical role in several cases of corruption, Efe news reported.

“I was mere ‘kindling’ for reforming the prosecution. My role as ‘kindling’ has come to an end,” Cho said in a statement.

During his 35-day tenure, Cho presented a series of measures to reform the public prosecutor’s office, including granting more power to the police with regard to inquiries made earlier in the framework of an investigation.

He unveiled the measures in a press conference held just hours before announcing his resignation.

“I felt apologetic to the people regarding ongoing probes over my family but put in my best each day as justice minister to reform the prosecution. But now my role has come to an end,” he said in the statement.

Prosecutors have indicted Cho’s wife for allegedly falsifying documents to help their daughter get enrolled in a medical school.

The Minister and other members of his family were also being investigated for investing heavily in an equity fund which could have benefited from his political influence when he was a presidential aide.

Cho made no mention in his statement of the impact of his appointment on Moon’s popularity ratings, which have dropped to their lowest level since he took office in 2017.

Several protests, involving over a million people, have been held in Seoul in recent weeks both against and in favour of Cho and his reform plan.