The judging panel for the Booker Prize in London named Canadian writer Margaret Atwood and British author Bernardine Evaristo as the winners of the prestigious literary award.

Despite the fact that the rules of the competition say that the award may only be bestowed on a single individual each year, the judging panel decided to make an exception on this occasion and declare a tie after more than five hours of deliberations on Monday, Efe news reported.

Atwood, the author of “The Testaments,” and Evaristo, who earlier this year released “Girl, Woman, Other,” will share the cash award of 50,000 pounds sterling (57,200 euros or $63,051) that comes with the recognition.

This is the 79-year-old Atwood’s second Booker of her career, taking the honours this time for her sequel to “The Handmaid’s Tale (1985), a dystopic story that has acquired new relevance in the feminist genre thanks to its popular television adaptation.

Evaristo, meanwhile, at age 60 becomes the only black woman to take home a Booker, her first, for a work exploring the lives and struggles of different black women in the modern-day United Kingdom.

The president of the judging panel, Peter Florence, said after announcing the decision at London’s Guildhall that the more the panel discussed it the more they came to the conclusion that they wanted both women to win.

The Booker Prize sponsors in 1992 had established an internal rule that just one person could win the award each year after Canada’s Michael Ondaatje and Britain’s Barry Unsworth received the prize in that year.

The prolific Atwood had already received a Booker in 2000 for her novel “The Blind Assassin,” and with this latest triumph, she has become the fourth person and the second woman to receive the award twice, along with Hilary Mantel, J.M. Coetzee and Peter Cary.

In “The Testaments” Atwood returns to the imaginary totalitarian and patriarchal Republic of Gilead – which has supplanted the United States – to further the “Handmaid’s Tale” narrative from different female points of view.

So far, the book – published in September – has sold more than 100,000 copies in the UK, making it the most successful novel published in the country in the past four years.

This is Evaristo’s eighth novel, divided into 12 chapters, each one telling about the life of a character, most of them black women, whose fates are intertwined in some way.

The author said she was honoured to receive the award, and especially to share it with the likes of Atwood, but she expressed her hope that it would not be long before she would be joined by other black female authors as Booker recipients.

Also in the running for the Booker this year were Salman Rushdie, for his work “Quichotte,” an adaptation of the Don Quixote story set in the modern-day US, along with Chigozie Obioma, for “An Orchestra of Minorities,” Lucy Ellmann, for “Ducks, Newburyport,” and Elif Shafak, for “10 Minutes 38 Seconds in This Strange World.”

The Booker Prize for Fiction is open to writers of any nationality writing in English and published in the UK or Ireland. 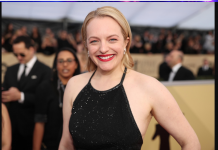 Behind Camera: Women representation quite low in technical space of film Industry