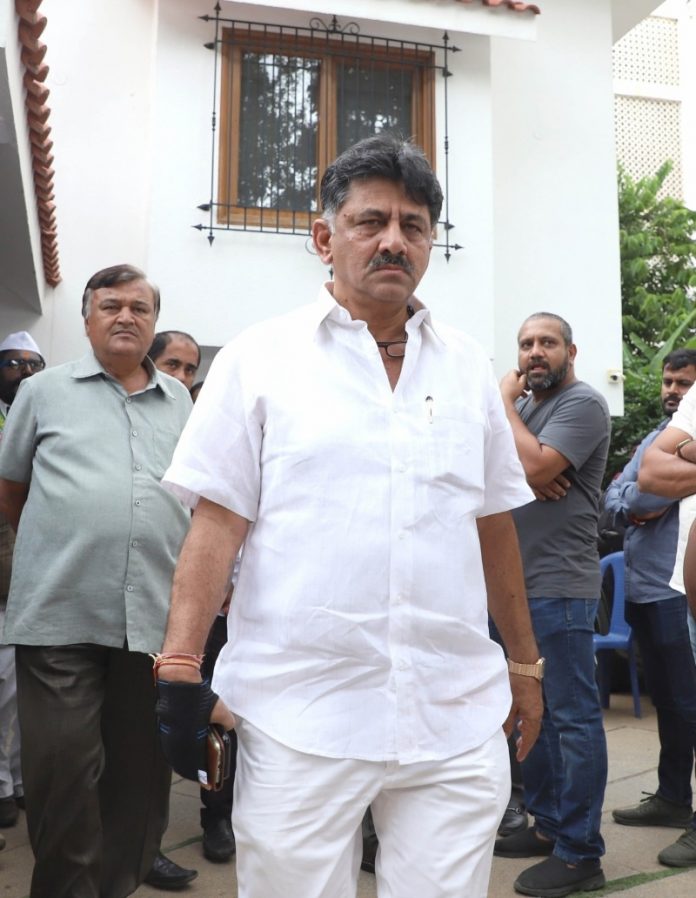 A court here on Tuesday extended till October 25 the judicial custody of Congress leader D.K. Shivakumar, arrested in an alleged money laundering case.

Also a former Karnataka minister, Shivakumar was produced before a special judge at Rouse Avenue Court on the expiry of his judicial custody.

Shivakumar remains in jail after being arrested by Enforcement Directorate (ED) on September 3.

Thereafter, the Department lodged cases against the Congress leader and his four associates under Sections 277 and 278 of the Income Tax Act, 1961, and Sections 120(B) (criminal conspiracy), 193 (punishment for false evidence) and 199 (false statements made in declaration which is by law receivable as evidence) of the Indian Penal Code (IPC).

Anti-BJP Posters Surface Ahead of Shah’s Rally in Kolkata