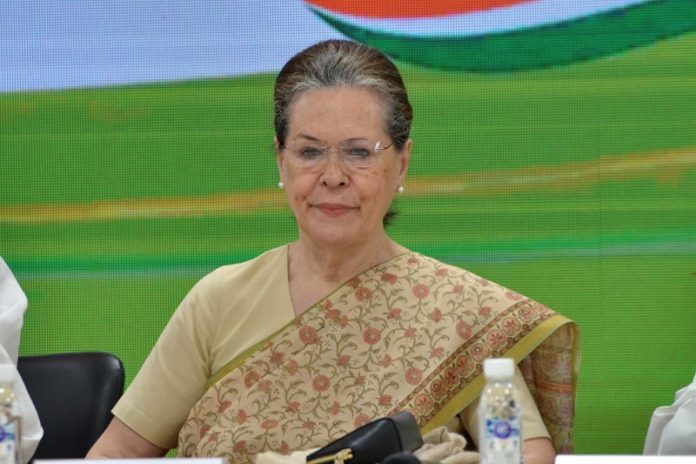 A day before campaigning ends in Haryana, Congress Interim President Sonia Gandhi is scheduled to address a rally in the state on October 18.

The venue is still not finalised but Congress leaders say that it could be in Mahendragarh where the Congress scored zero in the 2014 Assembly election.

In Mahendragarh, former Congress MLA Rao Dan Singh is pitted against the BJP’s Ram Bilas Sharma who defeated Singh in 2014. But from 2000 to 2009, Rao Dan Singh had been elected for the assembly from this seat. The other two seats of Ateli and Narnaul were also won by the BJP in 2014.

Sonia Gandhi was also scheduled to campaign in Maharashtra. The party is also trying to hold a joint rally in the state with Sharad Pawar but that has not been finalised yet.

Three more days are left for campaigning and now it seems unlikely that Sonia Gandhi will be able to campaign for the party, said a leader.

Instead, the party has pitched Manmohan Singh in Mumbai to meet top businessmen and eminent citizens of the city. The Congress is hoping that the former Prime Minister will raise a strong voice against the incumbent government’s economic policy.

Party spokesperson Rajiv Tyagi, who has been deputed to Mumbai to facilitate the media in the city, said that Manmohan Singh will meet eminent citizens and will address a press conference on Thursday.

“The former Prime Minister’s prediction that demonetisation would bring the GDP down by 2 per cent has come true. We would demand the government to take corrective measures to put the economy back on track,” Tyagi said.

The party is facing a tough political battle in both Haryana and Maharashtra. Till 2014, the Congress was in power in both the states but due to the “Modi wave”, the BJP managed to decimate its opponents and formed the first BJP government in Haryana.

The BJP, the leading party in Maharashtra, managed to get out of the shadows of the Shiv Sena in the 2014 polls. Both the parties, who fought the elections separately in 2014, have formed a pre-poll alliance for the upcoming polls.

Voting in both states will be held on October 21.

Over Hundred Held After Tripura Congress Takes out Akrosh Rally