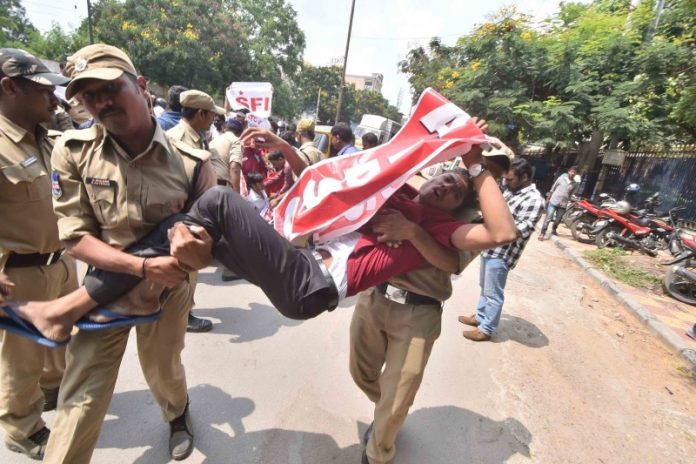 Leaders of the Left parties and people’s organisations observed a day-long fast here on Thursday in support of the strike by employees of the Telangana State Road Transport Corporation (TSRTC), which entered its 13th day.

Professor Nageshwar said the strike by employees was not for their salaries but for protection of the TSRTC. He alleged that the government is carrying out false propaganda to blame employees for the TSRTC’s losses.

Meanwhile, police arrested scores of students at Osmania University when they were trying to take out a rally to Pragathi Bhavan, the official residence of the Chief Minister, in support of the TSRTC employees. Raising slogans against the government, the students tried to march from Arts College.

However, police locked both the gates of the campus and prevented students from coming out. There was a heated argument between policemen and leaders of student groups like the SFI, the AISF and the PDSU. There was mild tension as the students tried to break the police cordon. 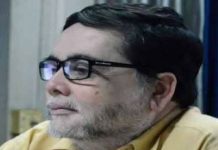 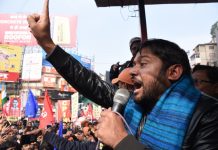