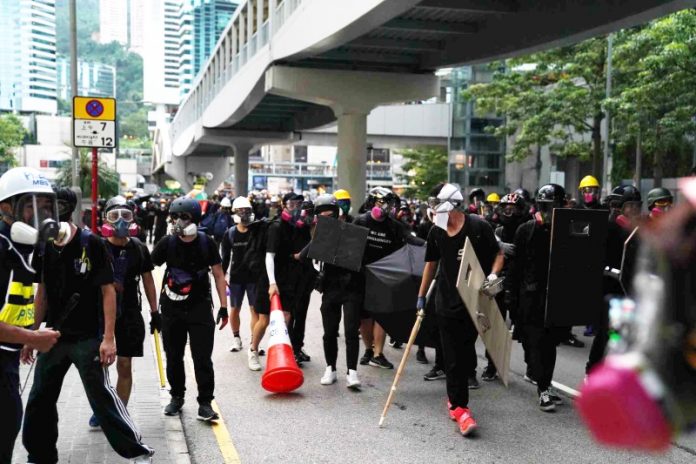 More than 1,000 people across Hong Kong blocked roads during lunchtime protests on Friday following the police blocking the city’s largest pro-democracy group from marching on Sunday against the governments mask ban.

In Central, more than 300 protesters in black masks carried a banner which read “Citizens cover their faces, Carrie Lam covers her heart” as they rallied.

Earlier on Friday, police rejected an application for a Sunday march by the Civil Human Rights Front. In its letter of objection, the police cited violent incidents stemming from earlier protests.

“The commissioner of police thinks there is a need to maintain public safety, public order and protect other persons’ rights and freedoms,” the letter added.

The force has refused three other applications by the front in the past three months, on similar grounds.

On all occasions, thousands marched on despite the bans.

Apart from echoing the main demands of the protest movement, which has been continuing since June, the front also called on the government to abolish the anti-mask law it brought it earlier this month.

The law stipulates a penalty of jail for up to one year and a fine up to HK$25,000 ($3,200) for wearing any face covering at a public gathering.