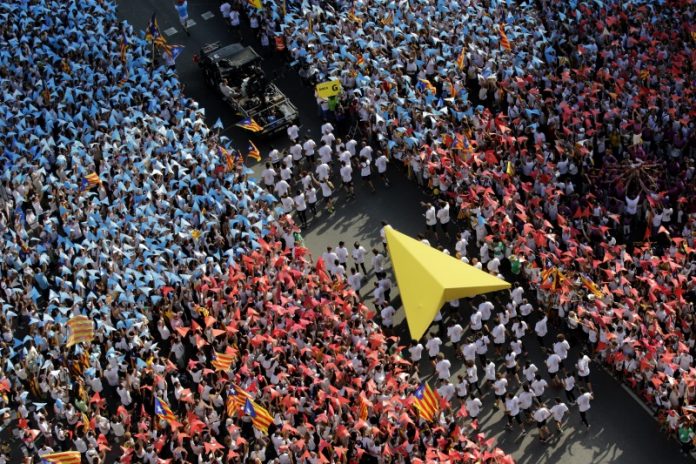 Pro-independence unions in Catalonia took out a general strike on Friday to protest against the Spanish Supreme Court’s ruling that sentenced nine of the region’s leaders to up to 13 years in prison for their roles in the 2017 banned referendum.

Violent riots gripped Barcelona, the capital of the autonomous region for the fourth night in a row on Thursday, as far-right and pro-independence groups clashed.

Police said that 11 people have been arrested: five in Girona, three in Tarragona, two in the centre of Catalonia and one in Barcelona.

In Girona, a group of demonstrators met at 6 a.m. to tear around the city vandalizing facades.

Despite Barcelona having announcing minimum services for the city’s public transport, trains and buses worked normally in the early hours of the strike.

As for El Prat airport, the Spanish Government has said that minimum services are covered with 789 flights out of the 979 scheduled for the day.

So far, Vueling has cancelled about thirty flights and there are some queues, but nothing out of the ordinary.

Several countries have issued warnings to foreign travellers to steer clear of demonstrations.

On Monday at least 12 politicians and grassroots activists where handed jail sentences for sedition and misuse of public funds during the banned referendum on independence in 2017.

Oriol Junqueras, the former deputy leader of the regional Catalan government, was given the heftiest sentence with a 13 years jail.

The regional president of Catalonia Quim Torra on Thursday condemned the violence that had erupted.