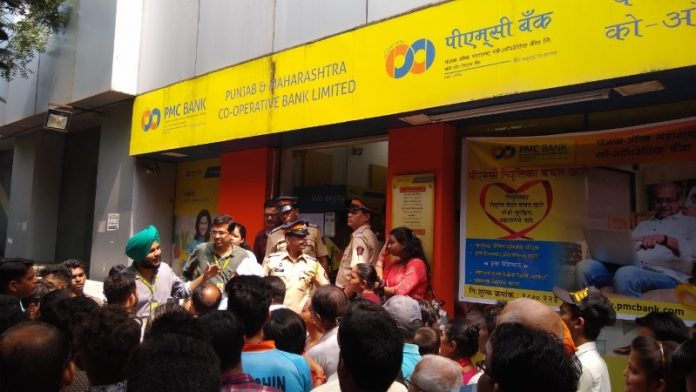 The Supreme Court on Friday refused to entertain a plea seeking directions for redressal of certain aspects, including insuring around 15 lakh people whose money is blocked in the scam-hit Punjab & Maharashtra Co-operative Bank (PMC Bank).

A bench headed by Chief Justice Ranjan Gogoi asked the petitioner to approach the high court for seeking relief on his plea.

Last month, the Reserve Bank of India (RBI) had imposed regulatory restrictions on PMC Bank under the provisions of the Banking Regulation Act.

The RBI has initially allowed depositors to withdraw a paltry Rs 1,000, followed by Rs 25,000 which has now been raised to Rs 40,000, but the customers have been demanding full access to all their accounts.

There has been at least three deaths that have been attributed to the fallout of the bank crisis.

Appearing for Centre, Solicitor General Tushar Mehta told the court that the government are taking care of concern of PMC bank account holders and taking effective steps to attach the properties of wrongdoers.

He said that 88 immovable properties have been attached.

The court was hearing a petition filed by Delhi-based Bejon Kumar Misra, who has said that the RBI’s move has caused disastrous consequences for depositors. The petitioner also alleged that the Centre and the RBI had not taken any emergency steps towards the protection of the hard-earned money of around 15 lakh customers of PMC Bank.

The plea requested the court to issue an exhaustive and comprehensive guideline to safeguard the banking and co-operative deposits in the eventuality of the emergency financial crisis where common people are financially stranded by the acts of few unscrupulous persons which eventually leading to various personal irreversible catastrophes.

He has also sought quashing of the RBI notifications restricting the limit of withdrawal of deposited amount in PMC Bank.