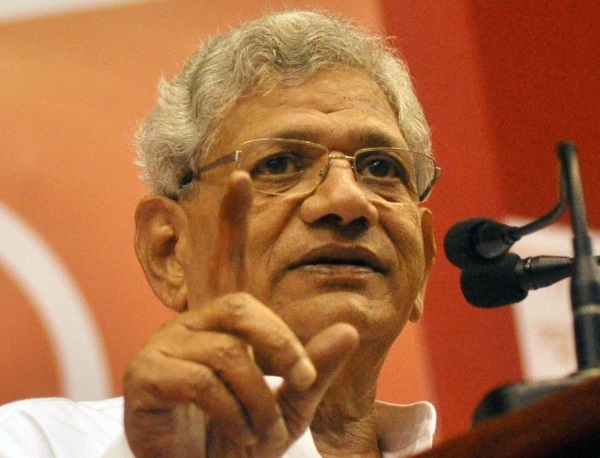 CPI(M) general secretary Sitaram Yechury slammed Prime Minister Narendra Modi and Union Home Minister Amit Shah for labelling opposition leaders as ‘traitors’ and their supporters as ‘terrorists’ whenever they voice opposition to the repealing of Article 370 of the Indian constitution that accorded a special status to Jammu and Kashmir.

Describing the comments made by Modi and Shah on opposition leaders as ‘heinous and derogatory’, Yechury on Friday said that such a level of attack on political opponents was ‘unprecedented’.

“Modi and Shah are making comments about opposition leaders which are heinous and derogatory. Such level of attack on political opponents is unprecedented,” the CPI(M) top gun said.

“It is now a trend on their part to label opposition leaders as traitors and supporters as terrorists if they raise questions on abrogation of Article 370,” he said.

Yechury also lashed out at the faulty economic policies of the Modi government for the country getting into an ‘unprecedented crisis’.

“It is due to the faulty policies of the Modi government that the country has got caught in such an unprecedented crisis,” the CPI(M) general secretary said.

He also alleged that the BJP-led NDA government was ruining the country’s constitutional structure and secular fabric through its policies.

Yechury also referred to the way the bill were being bulldozed in Parliament without giving any scope for proper scrutiny by standing committees.