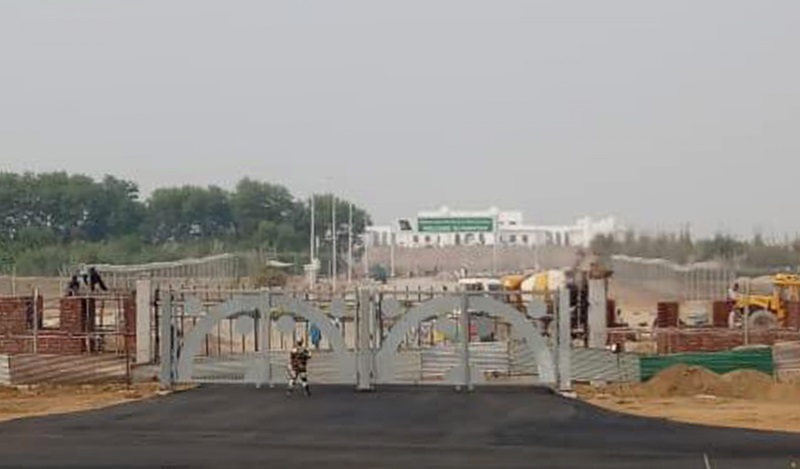 The agreement on the Kartarpur Corridor is to be inked between Pakistan and India on Wednesday or Thursday, even as PM Imran Khan announced that Pakistan will inaugurate the corridor on November 9.

Pakistan handed the final draft of the proposed bilateral agreement on Kartarpur to India on Monday and the signing ceremony is expected to take place on either Wednesday or Thursday, the Express Tribune said, quoting sources.

Pakistan has retained the $20 fee for every pilgrim from India visiting the Kartarpur Gurudwara, the final resting place of Guru Nanak Dev, the founder of Sikhism. India has urged Pakistan not to levy the $20 on pilgrims and refused to make it part of the draft.

The agreement will be signed either at Zero Point of Lahore’s Wagah border or the Kartarpur border.

Meanwhile, Imran Khan announced that Pakistan is all set to open its doors for the Sikh community from across the globe.

In a Facebook post on Sunday, he said construction work on the Kartarpur project has entered the final stage and will be open to the public on November 9.

The 4.2 km-long corridor from the Indian side will be completed by October 31, a week before the celebrations to mark the 550th birth anniversary of Guru Nanak Dev.

The Kartarpur Sahib Gurdwara in Narowal district of Pakistan’s Punjab province is located 4.5 km from the border near Dera Baba Nanak.