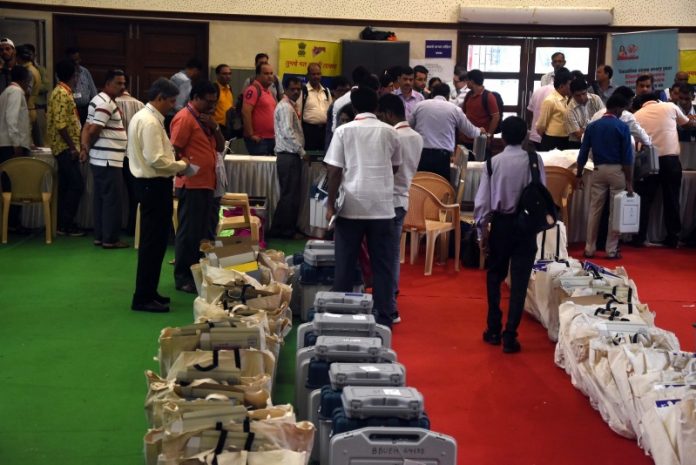 Voting started on a peaceful note in Maharashtra with celebs and commoners queuing up to exercise their franchise for the 288-Assembly constituencies in the state amidst rain in many areas including Mumbai, here on Monday.

A total of 3,237 candidates from a host of parties besides Independents are in the fray in which the ruling Bharatiya Janata Party-Shiv Sena combine is hoping to return to power for a second consecutive term against the opposition Congress-NCP alliance.

Voting also started for the lone Lok Sabha bye-election in Satara where the BJP has put up sitting MP Udayanraje Bhosale, who is challenged by NCP’s Shrinivas Patil for the prestigious that was once the royal seat of the Chhatrapati’s.

The Election Commission has set up 966,661 polling stations and deployed a total number of 135,021 VVPAT-EVMs for voting in the state.